The theory of evolution also known as Darwinism is a shortened form of the term “theory of evolution by natural selection,” which was proposed by Charles Darwin and Alfred Russel Wallace in the nineteenth century. It is difficult to provide an actual guide to Darwinism because it is evolving but we have organised some key facts.

Charles Darwin was an English Biologist and philosopher, who lived in the 19th Century. In the modern era, he is referred to as a naturalist. Someone who is an expert in or student of natural history.

His proposition that all species of life have descended over time from common ancestors is now widely accepted by atheists and scientific community but opposed by religious leaders. Despite this, it is non the less considered a foundational concept in science.

Charles Darwin was studying animals in the idyllic Galapagos island when he began to notice patterns and certain behaviours within species. And he formulated the theory of evolution by natural selection, which was revolutionary at the time he published it in his book On the Origin of Species (1859). It is stated that he noticed that the shape and size of the beak of a finch varied according to the food source. 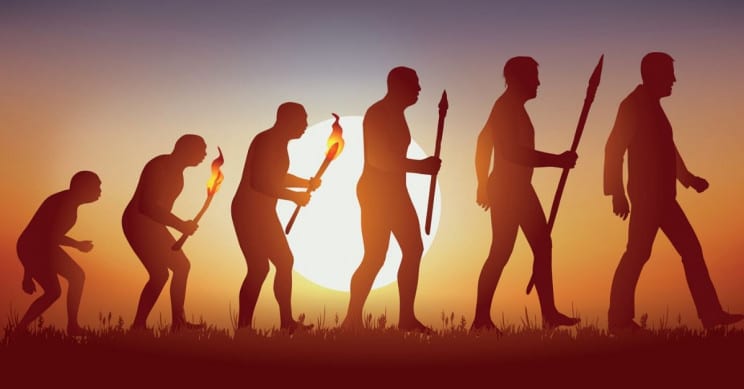 For example, long, pointy beaks were great for eating fruit, whereas the shorter thicker beaks were good for eating seeds off the ground. He reasoned that this could not simply be a coincidence. Instead, he proposed that there was a process of natural selection going on here.

A Guide to Darwinism

When it comes to the evolution of life, various philosophers and scientists have postulated similar notions dating back as early as 500BC, a Greek philosopher called Anaximander of Miletus who suggested humans had fish for ancestors because human babies were helpless.

Centuries later an eighteenth-century English doctor named Erasmus Darwin proposed different aspects of what later would become an evolutionary theory. But evolution did not reach the status of being a scientific theory until his grandson, Charles Darwin, published his famous book On the Origin of Species.

In the mid-1800s, Charles Darwin famously described variations in the size of beaks of finches from the Galapagos Islands. Alfred Russel Wallace noted the similarities and differences between other species and those separated by natural boundaries in the Amazon and Indonesia. Independently they came to the same conclusion: over generations, natural selection of inherited traits could give rise to new species.

The Theory has formed the backbone of modern medicine and development. Leading researchers into unchartered territory, leading some to suggest that the very foundation of this research is proof to Darwins Theory. In a political landscape motivated by power and money, opinions on either setting are readily available. Here’s a report we WTX published about how Darwin’s theory is changing how we treat cancer.

What was Charles Darwin’s theory of evolution?

Darwinism is a theory of biological evolution developed by the English naturalist Charles Darwin (1809–1882) and others, stating that all species of organisms arise and develop through the natural selection of small, inherited variations that increase the individual’s ability to compete, survive, and reproduce.

Evolution, theory in biology that proposes the various types of plants, animals, and other living things on Earth have their origin in other preexisting types and that the distinguishable differences are due to modifications in successive generations.

You can also follow up on the resource provided by Brittanica Encyclopedia.

Who is the father of evolution?

Charles Darwin is credited as the founder of the Theory of Evolution. ‘Darwin Day’ in the US Celebrates the Father of Evolutions work. He developed the theory of evolution whereby changes in species are driven, over time, by natural and sexual selection.

But his contemporary Alfred Russel Wallace is mentioned as a significant contributor to the theory, where some historians argue Darwin had almost given up on his work until he read Alfred Wallace’s work.

Who was Alfred Wallace?

Alfred Wallace was born in the 18th century and was a British Biologist and philosopher, a modern-day naturalist. He co-developed the theory of natural selection and evolution. When most of us think about natural selection, we attribute that theory to naturalist Charles Darwin.

However, what most people do not know is that another scientist, Alfred Wallace, a naturalist, a geographer, and a socialist, also deserves credit for the theory.

How do you explain evolution?

In biology, evolution is the change in the characteristics of a species over several generations and relies on the process of natural selection. The theory of evolution is based on the idea that all species? are related and gradually change over time.

Darwin’s Theory of Evolution by Natural Selection. More individuals are produced in each generation that can survive. Phenotypic variation exists among individuals and the variation is heritable. Those individuals with heritable traits better suited to the environment will survive.

What are the stages of natural selection?

Natural selection is a simple mechanism that causes populations of living things to change over time. In fact, it is so simple that it can be broken down into five basic steps, abbreviated here as V.I.S.T.A.: Variation, Inheritance, Selection, Time and Adaptation.

Natural selection is sometimes summed up as “survival of the fittest” because the “fittest” organisms—those most suited to their environment—are the ones that reproduce most successfully, and are most likely to pass on their traits to the next generation.

Biologists have since observed numerous examples of natural selection influencing evolution. Today, it is known to be just one of several mechanisms by which life evolves.

What are the 4 principles of evolution?

There are four principles at work in evolution; variation, inheritance, selection and time. These are considered the components of the evolutionary mechanism of natural selection. They are also known as the four forces of evolution: mutation, gene flow, genetic drift, and natural selection.

How many theories of evolution are there?

The “theory of evolution” is actually a network of theories that created the research program of biology. Darwin, for example, proposed five separate theories in his original formulation, which included mechanistic explanations for populations changing over generations. gradual change.

In evolutionary theory, adaptation is the biological mechanism by which organisms adjust to new environments or to changes in their current environment. Although scientists discussed adaptation prior to the 1800s, it was not until then that Charles Darwin and Alfred Russel Wallace developed the theory of natural selection.

Naturally, not everyone agrees with Charles Darwin or Alfred Wallace’s Theory of Evolution by Natural selection and here is a famous Muslim scholar, Harun Yahya sharing his views on Darwinism.

A Quick Guide to Darwinism – The main points to understand – Refresher guide!

Charles Darwin is considered the father of Darwins Theory of Evolution

Why Darwinism is Dangerous for Society