Ukraine to declare a state of emergency

Breaking News - Ukraine to declare a state of emergency as tensions with Russia have escalated. 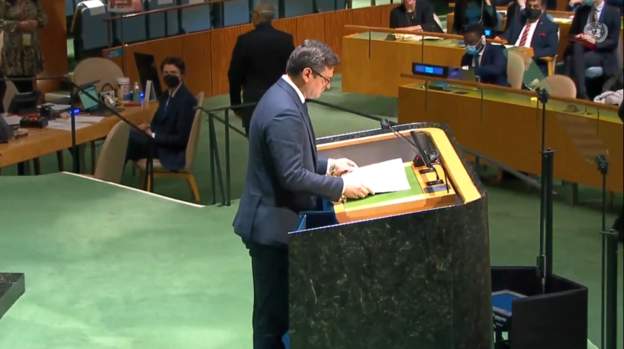 Ukraine’s Parliament is expected to approve a bill declaring a state of emergency, which would cover the whole of Ukraine apart from the Donetsk and Luhansk areas.

Ukraine has urged its citizens to leave Russia “immediately”, the country’s foreign ministry announced on Wednesday. Ukrainian President Volodymyr Zelenskyy has also called up reservists aged 18 to 60 for a maximum service of one year

Ukraine to declare a state of emergency

The draft document – Ukraine to declare a state of emergency – introduces personal document checks and gives the government the power to impose a curfew if needed.

According to the draft, Ukraine would impose restrictions on a range of digital and radio communication services, which the government says could inflame the situation, while military reservists would not be allowed to leave the country.

These powers also allow Ukraine to call on military aid and help from US and NATO allies.

The state of emergency would not be the same as martial law, though this may also be imposed in Ukraine – as the secretary of the national security and defence council said today – in case a further invasion happens.

The UN’s General Assembly is meeting to discuss Ukraine

Guterres says the meeting is happening “in the face of the most serious global peace and security crisis in recent years, and certainly in my time as secretary-general”.

He says this moment is one he “truly hoped would not come”.

Addressing the UN’s General Assembly, which is meeting to discuss Ukraine, Guterres says it is time for “restraint, reason and de-escalation” to avoid “a scale and severity of need unseen for many years”.

“It is time to establish a ceasefire and return to the path of dialogue and negotiation,” he says.

Guterres says he is “fully committed to resolve this crisis without further bloodshed”.