Sunday Papers – The race for No 10, calls for massive tax cuts, Johnson ‘bitter’

Quick Summary
This week’s Sunday Papers are heavily dominated by the Conservative leadership race - and what the hopefuls are offering up regarding their tax plans. 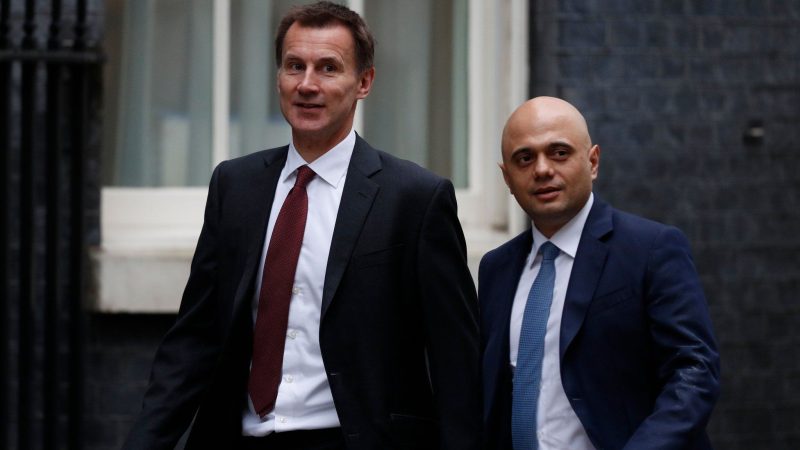 Sunday Papers – The race for No 10, calls for massive tax cuts, Johnson ‘bitter’

This week’s Sunday Papers are heavily dominated by the Conservative leadership race – and what the hopefuls are offering up regarding their tax plans.

The Sunday Times- Tories tearing themselves apart over tax

Tories are “tearing themselves apart” over tax, The Sunday Times says. The paper reports Tory grandees have called for an end to the toxic briefing against Mr Sunak, who has been tipped as the front runner in the election race. The paper, which says tax is becoming the most divisive issue in the contest, reports that two former party leaders and a former chancellor have called for a ceasefire after allies of the PM accused Mr Sunak of treachery.

The Sunday People reports that foodbanks are almost empty as Britons go hungry. The paper says as out-of-touch Tory politicians worth more than a combined £300 million clamour for the top job, eight in 10 food banks now rely on backup funds to feed ever-more desperate families.

Fourteen million Brits living in poverty face being plunged further into deprivation as the cost-of-living crisis worsens, with energy bills predicted to hit £3,363 a year.

The Sunday Mirror leads with Labour’s call for a general election.

Writing in the paper, Sir Keir Starmer has called for a general election, saying: “Changing the person at the top isn’t going to clean out the rotten culture from throughout their party.” He has accused Mr Johnson of “squatting in Downing Street” while his colleagues jostle to replace him as prime minister, the paper notes.

He insists that a fourth new Conservative PM in six years would be a recipe for more high taxes and low growth. He claims the UK has a “zombie government” and needs a general election now.

Sajid Javid and Jeremy Hunt have put tax cuts at the heart of their Tory leadership bids, The Sunday Telegraph reports. They have both pledged to cancel Rishi Sunak’s planned rise in corporation tax and instead reduce the proposed rate to 15%, the paper notes. It also says Mr Javid would scrap the controversial National Insurance hike which was introduced during his time as health secretary.

The Sunday Express leads with what it calls a “new battle to save Brexit”. Brexit opportunities minister Jacob Rees-Mogg has warned the Conservative Party that the people who betrayed Boris Johnson will “now seek to neuter Brexit”, the paper says.

The Observer leads with accusations that Boris Johnson is trying to sabotage Rishi Sunak’s bid to succeed him. As the leadership race continues, one party member has accused the PM of putting unsuitable MPs in middle and junior posts to try and cause “maximum problems for his successor”, the paper notes.

Foreign Secretary Liz Truss is tipped to launch her leadership bid in the next few days, the Mail on Sunday reports. She will promise to reverse Mr Sunak’s National Insurance hike and claim to be the only candidate who can emulate Mr Johnson’s election-winning skills and Conservative principles, the paper says.

Meanwhile, the Daily Star Sunday leads with Dave Davies claiming how an alien force froze his groin. The Kinks star says: “They had command of my senses.”

The Sun says Boris Johnson’s being lined up to become a special envoy to Ukraine. A source says this would allow him “an early and dignified exit from the ‘political tinderbox'”.

Elsewhere, the Telegraph describes the prime minister as “battered” and says that he’s considering leaving politics.

A picture of the Duchess of Cambridge features on the front page of several papers – following the Duchess’s appearance at Wimbledon.

US news summary – Jayland Walker shooting, Harry Styles and the latest from Copenhagen