Quick Summary
One year on and justice is still being denied to the #Rohingya refugees who fled genocidal #Myanmar military - They deserve more than lip service! 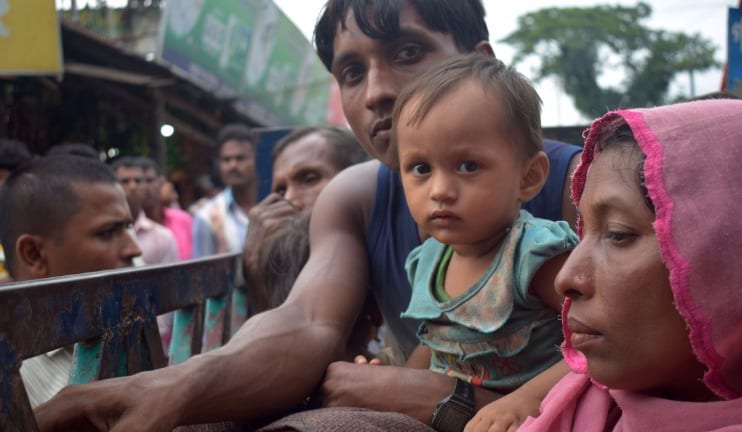 It is hardly surprising that angry Rohingya refugees massed in their tens of thousands on the first anniversary of what is undoubtedly a genocide carried out by the Myanmar military and while the United Nations and other powers that be have difficulty in using the G-word, I certainly don’t.

Listening to the refugees’ horrific stories of how they fled the murderous Myanmar regime last year left me in absolutely no doubt about what had taken place against the predominantly Muslim minority.

I’m only surprised it has taken a year for such demonstrations at Cox’s Bazar in neighbouring Bangladesh in what has become the largest refugee camp in the world.

To be brutally honest, the UN, its security council and other world powers have failed miserably to step up to the mark for the Rohingya people. They’ve looked the other way as one of the worst human atrocities in living memory has unfolded.

Nothing compares to the genocide of these people other than the six million who perished in the Holocaust during World War Two at the hands of Hitler’s Nazis and The Rwandan genocide against two million Tutsis by members of the Hutu majority government in 1994.

The Cry for Justice

Cries of “never again” are sounding pretty hollow for the 700,000 who fled last August in what the UN said at the time was a “textbook example of ethnic cleansing.”

After spending more than a week in and out of the refugee camps in Cox’s Bazar last year I can say I saw no militants. None of the witnesses I interviewed could tell me anything about militants but there were endless tales of military murder, rape and looting.

Check our dedicated page to the people of Rohingya

I still lie awake at night going over the evidence which was given to me in excruciating detail. The graphic descriptions of women bound by their hands and hoisted above burning fires will haunt me forever and I didn’t even see the atrocities with my own eyes but I spoke with plenty of witnesses who did.

Haunted by the Stories

After 40 years of journalism I like to think I know when someone is lying or exaggerating. Trust me, the harrowing expressions, heartbreak and horror were not fake.

What is fake is de facto leader Aung San Suu Kyi, winner of the 1991 Nobel peace prize. No wonder she still faces international outrage for not condemning the army’s actions in Rakhine state. In fact she’s almost become their most effective mouthpiece in the largely Buddhist country where Rohingya are denied any form of citizenship.

Her government even airbrushed them from the 2014 census and refused to recognise them as a people even banning the use of the term ‘Rohingya’.

Just recently she was stripped of the Freedom of Edinburgh honour making this the seventh award that she has lost since last year’s atrocities. It’s a start but no where near enough.

I joined the campaign with thousands of others around the world to call for her release when she was living under house arrest and I celebrated as she received the Nobel prize back in 2005. Now I will not rest until she is clapped in irons and put before the International Criminal Court to face war crimes.

Justice should be universal and for everyone … including Suu Kyi.

Read the Papers
PrevPreviousThe Week So Far – Mini skirts are more potent symbols of oppression than the Burqa
NextTrump; Support us or there will be violence – Nov US midtermsNext