The Sunday papers cover the ongoing backlash to the Aukus pact, with the Telegraph saying Liz Truss has “waded into a major diplomatic row”. The prime minister’s trip to New York to meet President Joe Biden is also covered, as well as the PM’s plans to ‘level up’ the world with Biden.

The Sunday Telegraph says the newly appointed foreign secretary Liz Truss has “waded into a major diplomatic row” over the UK’s new security pact with the US and Australia, insisting “freedoms need to be defended.”

The paper says her comments follow a “fierce” EU backlash to the agreement, which France described as “unacceptable behaviour between allies and partners”. The alliance will see Australia being given the technology to build nuclear-powered submarines, scuppering a multibillion-dollar deal France had previously signed with the country. 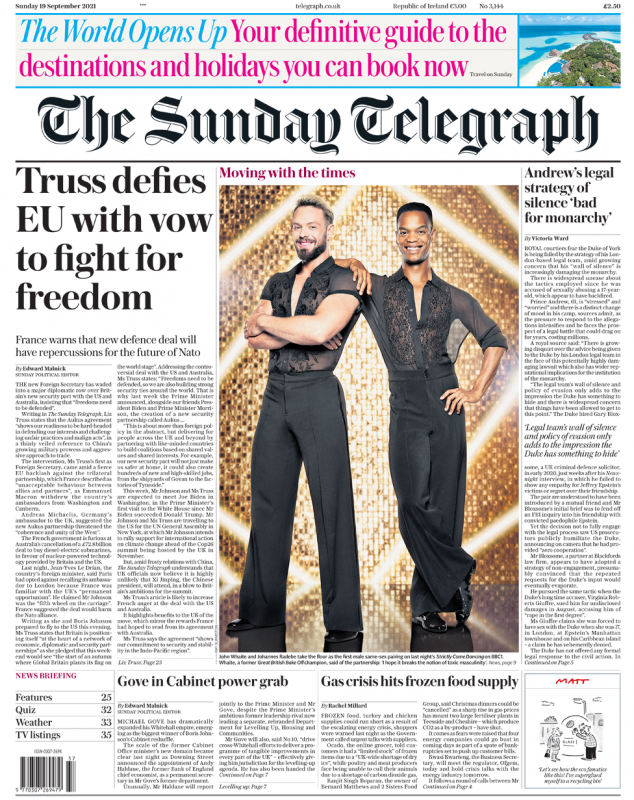 Sunday Express – ‘Boris bid to level up the world’

The Sunday Express says the prime minister is to lead the virus fightback with US president Joe Biden. It comes as the PM is to launch a new “charm offensive” on America, the paper says.

PM Boris Johnson will fly out to New York on Sunday to make a speech at the United Nations amid the growing row over the Aukus pact. 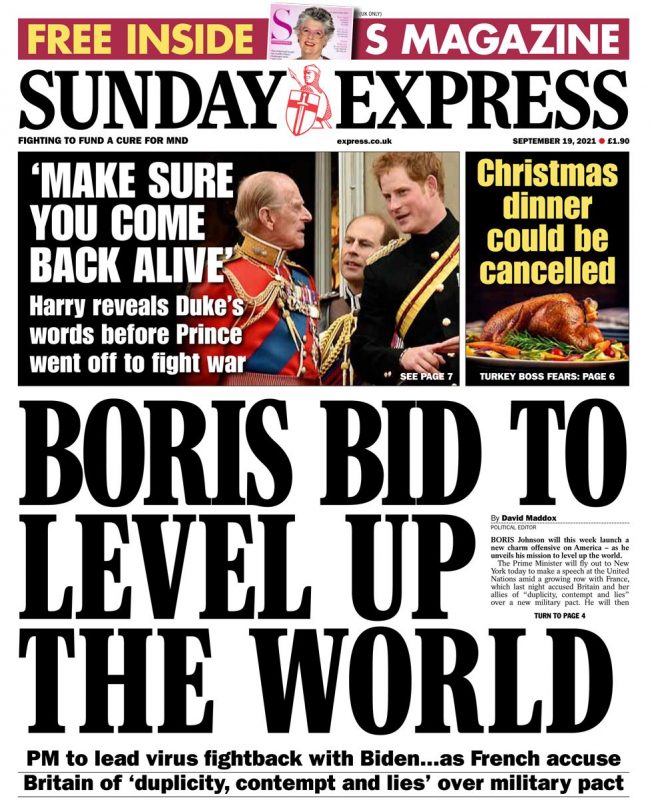 The Observer – ‘Minister bids to calm fears over gas prices’

The Observer says ministers have been holding a series of emergency meetings with energy companies and regulators to establish whether the UK will be able to keep the lights and central heating on this winter amid rising gas prices. The paper says an industry insider likened the meetings to the early crisis talks held following the outbreak of Covid-19. 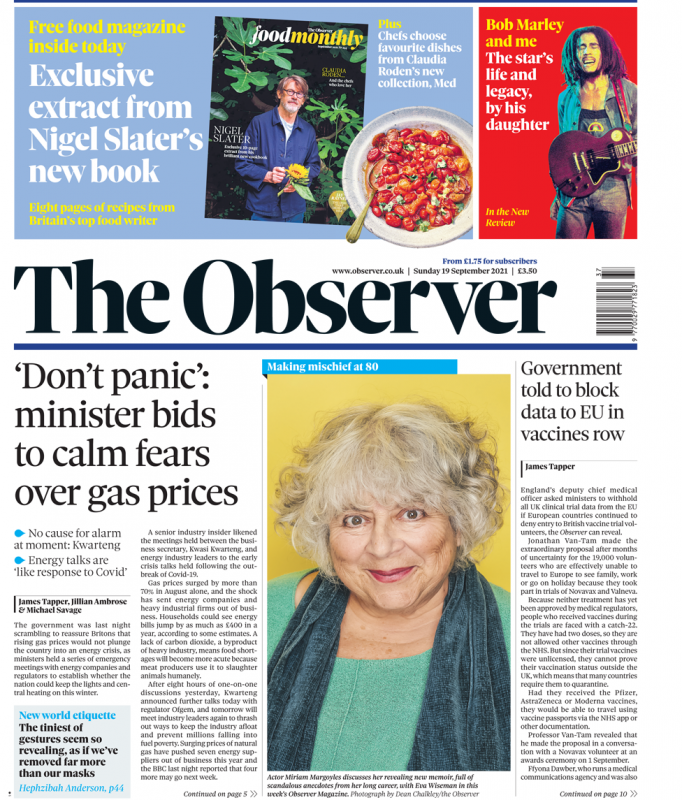 I weekend – ‘Travel unlocks for holidays at half-term’

i weekend reports that eight countries are taken off the red list including Turkey, Pakistan, Maldives, Egypt and Kenya as the public are warned that destinations can suddenly go from green to red.

Read the full story on The i 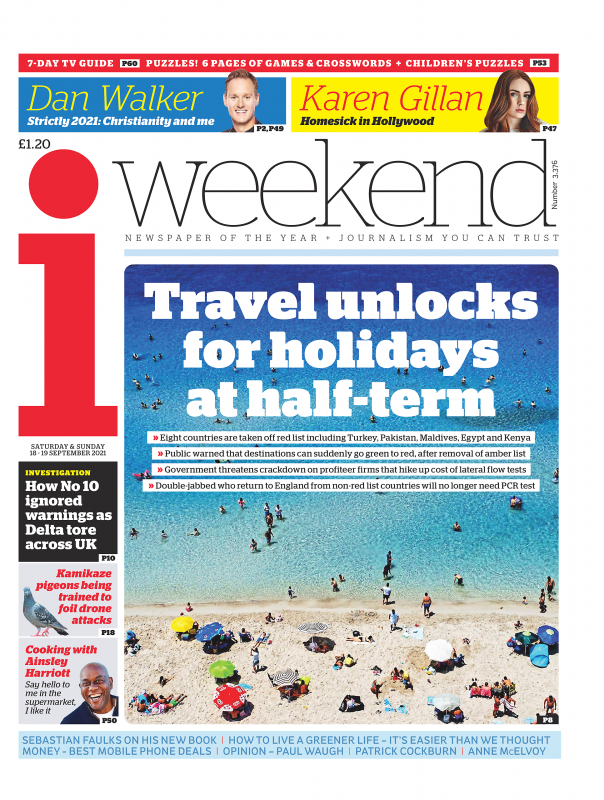 The Mail on Sunday – ‘BBC hit by new Bashir shame’

The Mail on Sunday reports that the BBC has been “plunged into a fresh crisis” over the activities of reporter Martin Bashir. The paper says the corporation failed to search properly for a murdered schoolgirl’s bloodied clothes that had been lost by Bashir, who at the time worked for the BBC. The BBC and Mr Bashir have both apologised for the circumstances surrounding the loss of the clothes. 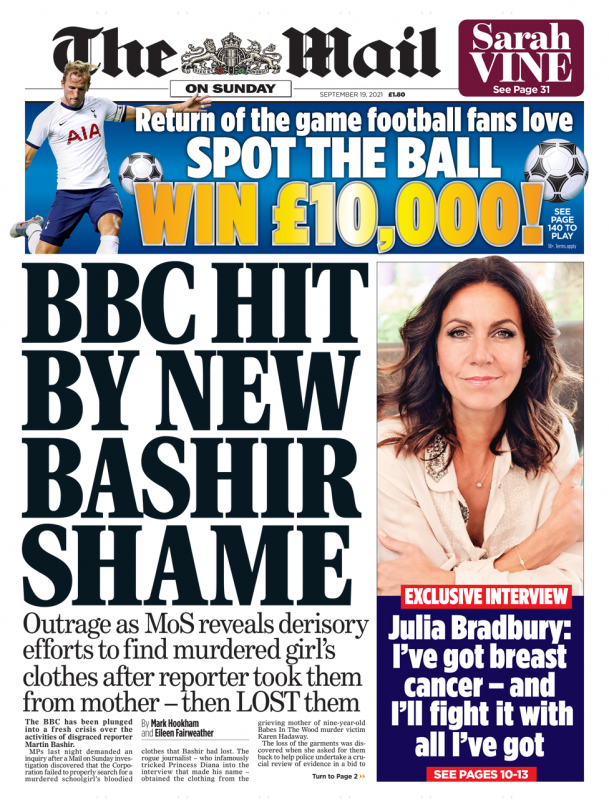 The paper says the ex-Leeds Rhinos and England star is to take a treatment that has shown “dramatic results” in US trials. 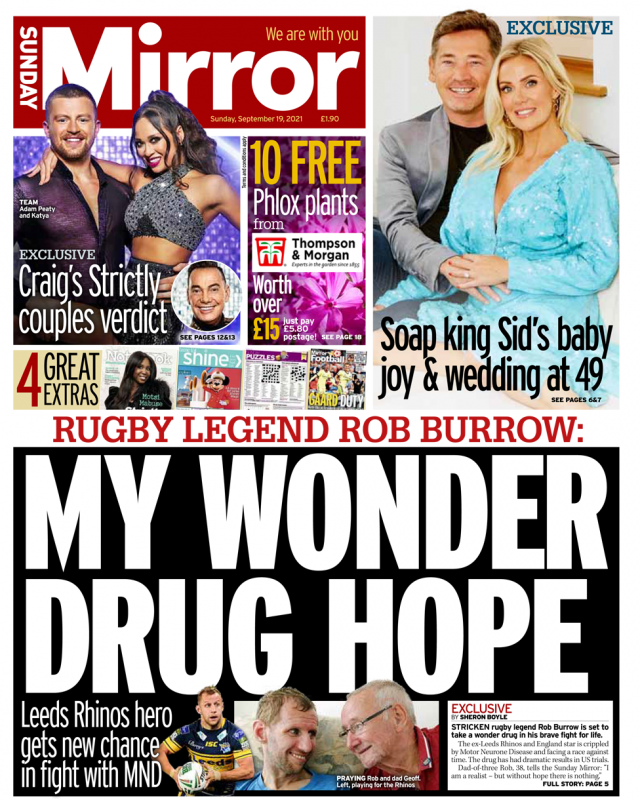 The Sun on Sunday says Prince Andrew will leave what it calls his Balmoral “hideaway” to visit his heavily pregnant Princess Beatrice in hospital.

“Now inhalers blamed for global warming,” is a headline in the Mail on Sunday, after GlaxoSmithKline said the devices were its biggest single source of greenhouse gas emissions.

“Hopes rise for breast cancer cure,” declares the Sunday Times. A trial by AstraZeneca of its drug, Enhertu, found three quarters of participants had shown no progression in their disease after 12 months, compared with a third when treated with a different medicine. 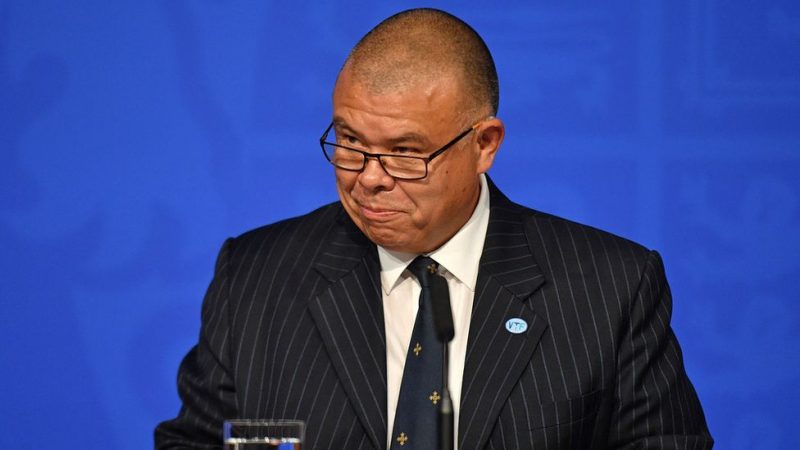 TAKE ME TO TODAY'S NEWS BRIEFING

Daily Express - ‘David Amess: Nobody should die that way’

The Daily Express's front-page report focuses on his family's vow to fulfil his life's ambitions.

The Guardian has chosen to lead on criticism of next month's Cop26 climate summit in Glasgow by some of its sponsors.