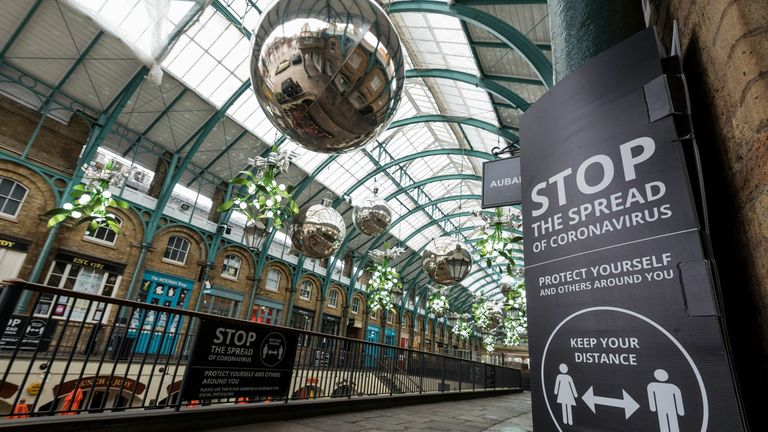 In today’s briefing update, we look at the differing take on the end of the lockdown and what is coming next.

In our special feature, we look at the controversy around British author JK Rowling, why she’s back in the headlines and who’s on what side of the debate.

We also take a lot at the latest Covid-19 cases and global updates.

Lockdown to end next week but tighter restrictions on the way

The PM will announce on Monday that England’s national lockdown will be replaced by a stricter three-tier system. The national lockdown is due to end on 2 December. The paper adds that mass testing will be carried out in areas where cases start to rise. – The Sunday Telegraph

But the prospect of restrictions continuing after 2 December in England could cause the PM difficulty with his own backbench MPs. The paper claims they threaten to rebel. Some 70 Tory MPs have written to Mr Johnson ahead of a vote expected on Thursday. The rebels will reportedly refuse to support the new tier system unless evidence can be presented to show it can “save more lives than it costs.” – the Sunday Express

Boris to kill off the 10 pm curfew

The PM intends to extend pub opening hours until 11 pm when England’s national lockdown ends. Last orders will be called at 10 pm, but people will get an extra hour to finish drinks and meals. There are hopes the plan will help prevent crowds congregating on the streets when pubs close. – The Mail on Sunday

The Fright before Christmas

“The fright before Xmas” is the headline on the front of the Sunday Mirror, which carries a warning from the PM that the festive season as we know it is off. Pubs and shops are expected to stay closed in areas hardest-hit by the virus, the paper adds, as scientists warn celebrations must be scaled back. – Sunday Mirror

The PM and Matt Hancock are accused of acting “unlawfully” when awarding senior roles to three people in the UK’s fight against coronavirus. The paper cites documents submitted by campaigners to the High Court. The case has been lodged by the Good Law Project and the Runnymede Trust. It concerns the appointment of Dido Harding as head of NHS test and trace, Mike Coupe to the role of director of testing at NHS test and trace and Kate Bingham to the post of head of the UK’s vaccine task force. The claimants argue the appointments were made without advertising the positions. – Guardian

Meanwhile, Rishi Sunak has signalled that taxes will have to start rising next year. He said that Britain is experiencing “economic shock” and cannot continue to borrow money “indefinitely” at such high levels. Mr Sunak said that, by the spring, he must start “returning to sustainable public finances”. His comments come ahead of next week’s Spending Review, during which, according to the paper, an extra £3bn will be earmarked for the NHS. – The Sunday Times

It will remain quite cloudy for southern coastal counties with some drizzle possible. It will be sunnier further north, but blustery showers are likely throughout the day in the north-west.

Remaining cloudy for much of the night for southern Wales and England and with scattered shower in the north-west. Elsewhere skies will be mostly clear and it will become quite chilly in the east.

so @WBHomeEnt thought it's so very funny to depict Johnny Depp in this manner in a musical number in their new Animaniacs show. You're VILE for letting this go live. pic.twitter.com/h5c8E1rfCf

“Some people were born just so they could be buried”

The Fall of JK Rowling?

We look at the Harry Potter author's controversy

Jk Rowling is a British author best known for her beloved Harry Potter series. She has found herself at the centre of controversy following a series of comments related to the trans community.

JK Rowlings ‘transphobic’ views are back in the news after the creators of an acclaimed West End show refused to appear on BBC radio with the Harry Potter author.

We’re diving into the news to look at the media’s take on JK Rowling and her views that many consider being transphobic.

Daily Mail says Toby Marlow and Lucy Moss – who the paper say are ‘bullies’- who wrote the musical Six, cancelled an appearance on Graham Norton’s Radio 2 programme, saying they would not be on the same ‘billing’ as the Harry Potter author until she had made ‘amends with the trans community’.

It is the latest attack on Ms Rowling, 55, who has become the victim of the so-called cancel culture following comments she has made about transgender rights.

While she supports the right to transition, she has voiced fears that some trans campaigners are pursuing policies which undermine what it is to be a woman.

Inews says JK Rowling’s The Ickabog teaches children to conquer fear and hatred. The message has never been more timely. The book is a political fairy tale about people controlled by fear of a legendary monster. Emily Watkins wonders if the author might learn from her own parable.

Rowling had been accused of transphobia before, perhaps most notably in 2019 when she posted online in solidarity with Maya Forstater who lost her job after tweeting “men cannot change into women”. Nonetheless, the copy-paste error proved a catalyst; she published several statements and doubled down on some, to many, objectionable opinions.

Rowling found herself roundly “cancelled” (stars of the on-screen Potter franchise, including Emma Watson, Rupert Grint, Eddie Redmayne and Harry himself, Daniel Radcliffe, spoke out about her comments, the latter writing an essay for an LGBT charity in which he expressed hope that they would not taint the series for fans).

The Telegraph says ‘Who needs critics when JK Rowling has fans like these?’ Radio 4’s Can I Still Read Harry Potter? asked why Rowling’s work upsets those who love it most.

JK Rowling continues to be a controversial booking wherever she goes. Her appearance on Graham Norton’s Radio 2 show on Saturday prompted two of Norton’s other planned guests that day to pull out in protest.

Toby Marlow and Lucy Moss said: “Sadly, we had to withdraw as we didn’t feel comfortable being on the same billing as JK Rowling… we don’t want to feature as guests on a show where she is promoting her work until she has made significant efforts to make amends with the trans community.”

One Twitter user wrote: “Stephen Fry has really disappointed just about every trans fan of his by doing this.”

According to The Ickabog website, the net profits from the book will be donated to Rowling’s Volant Charitable Trust to help “vulnerable groups who have been particularly impacted by the COVID-19 pandemic”, both in the UK and internationally.

Stephen Fry was among many cis celebrities to send “love and support” to the trans community on Trans Day of Visibility (Mach 31) this year.

WHO envoy warns of third Covid-19 wave in Europe

A WHO special Covid-19 envoy has predicted a third wave of the pandemic in Europe in early 2021, if governments repeat what he said was a failure to do what was needed to prevent the second wave of infections.

Russia has reported a daily increase of 24,581 new coronavirus infections, taking the national tally to 2,089,329. As well as 401 coronavirus-related deaths in the past 24 hours, taking the official death toll to 36,179.

Amid defiance of the directive to wear masks and avoid large public gatherings, Pakistan has reported 59 more deaths and 2,665 new cases of Covid-19. The country’s tally reached 374,173 confirmed cases. Among those being treated for the virus, 1,653 are critical.

India has registered 45,209 new confirmed cases in the past 24 hours amid a festival season surge in the country’s capital and many other parts.

Authorities are conducting mass testing and shutting down schools after China reported three new domestically transmitted cases in the past 24 hours — two in northern Inner Mongolia province and one in Shanghai.

Australia moved a step closer to normal life on Sunday, opening some internal borders and easing restrictions in regions affected by Covid-19, as the vast majority of the country has seen no new community infections or deaths for weeks.

The daily tally of reported Covid-19 cases in Japan has hit a record for the fourth day in a row, with 2,508 people confirmed infected, the health ministry said.

South Korea has reported more than 300 new coronavirus cases for a fifth straight day, as officials warned that stricter rules could be imposed if the trend continues to threaten the highly populated capital of Seoul and surrounding areas.

Mainland China has reported 17 new virus cases, up from 16 the previous day, with three cases of local transmission and nine cases originating overseas, according to the National Health Commission.

The United States has granted emergency approval for a synthetic antibody therapy against the virus that was notably used to treat President Donald Trump.

Brazil has registered 32,622 additional virus cases over the last 24 hours and 376 deaths, according to the health ministry.

Has Jose Mourinho won over the Tottenham fans?

Jeremy Kyle ‘may have caused or contributed’ to death of TV guest, says coroner

My Tweets
We use cookies to help identify your computer so we can tailor your user experience, track shopping basket contents and remember where you are in the order process. WTX News Our Cookie Policy
Black Friday UK 2020: the best early tech deals and bargains
Daily News Briefing: Shops & gyms to reopen – Woman shot and 2 men stabbed in violent Sunday- Joshua Wong faces jail
To Top
Weekly