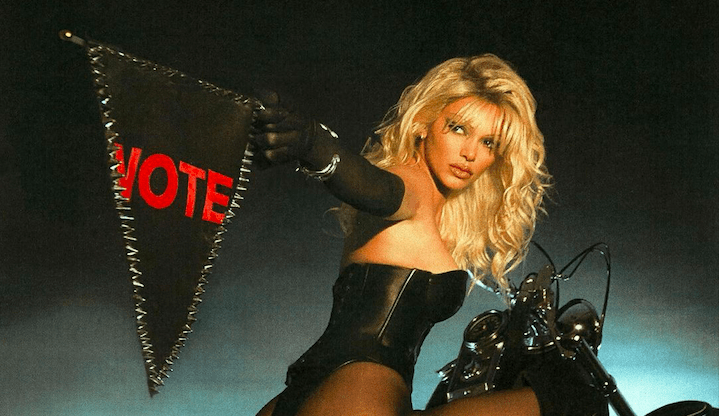 Kendall Jenner has been slammed online for throwing a huge birthday party on Saturday to mark her upcoming 25th birthday. However, most guests in attendance were seen not wearing masks or following social distancing guidelines.

Her actual birthday is on Tuesday but the supermodel held a huge party at Harriet’s Rooftop atop of the 1 Hotel in West Hollywood.

Every guest and employee on-site had to have a negative rapid Covid-19 test before entering the party, according to E! Online, but fans still criticised the event.

Despite the supposed precautions taken before guests were allowed to enter the party, photos and videos from inside the bash showed little to no guests wearing masks, with no social distancing taking place.

One video that surfaced – originally from Kylie’s account – featured Kendall, dressed as Pamela Anderson from the 1996 film Barb Wire, blowing out the candles on her birthday cake, while a masked waiter held the cake and leant out of the way.

Twitter went wild after seeing the snaps, writing: ‘Ok Kendall Jenner blowing out candles as a masked waiter holds her cake and tries to move out of the way was actually the scariest thing I saw on Halloween.’

Ok Kendall Jenner blowing out candles as a masked waiter holds her cake and tries to move out of the way was actually the scariest thing I saw on Halloween pic.twitter.com/o46ri7TJ9W

One of the big talking points were the signs posted at the party, which instructed guests not to post pictures on social media … even though Jenner, her sister and other family members freely posted photos and videos throughout the night.

One person tweeted: ‘Not Kendall Jenner hosting a Halloween party in the middle of the pandemic and making a “no social media” rule so people wouldn’t know.’

@jeonlvr posted the same photo, along with snaps of other celebs such as rapper Saweetie, dressed as Mystique from X-Men and Winnie Harlow as the Bride of Frankenstein, adding, ‘no but Kendall Jenner really threw a big a** party with all those celebrities without masks in the middle of a pandemic with a “no social media” rule so people wouldn’t find out about it….’

Other fans lashed out at Jaden Smith, who seemingly was attending the party dressed as a Covid-19 patient, wearing an oxygen mask, as he hung out with Justin Bieber.

‘There’s just something so inhumane about Jaden Smith wearing an oxygen mask as a costume,’ said Twitter user @haaniyah_.

@arianasmarvel added, ‘not Jaden Smith dressing up as a COVID patient for Halloween. apart from attending that Kendall Jenner party, he’s making fun of the situation. my mom and my aunt are asthmatic, and they were rushed to the hospital with oxygen many times. I’m beyond disgusted.’

Another Twitter user, @winniiew, added, ‘This Halloween/birthday party for Kendall Jenner with a s**t ton of people, 0 social distancing and the only people wearing masks are the service workers. Eat the rich. I hate it here.’

Kendall Jenner when everyone finds out about her party pic.twitter.com/l07FwcQVuF

not all these celebs posting about wearing a mask, social distancing then showing up to kendall jenners party. eat the rich pic.twitter.com/NmPkOXaU1x

Neither Jenner nor any of her family members, nor any of the celebrity guests in attendance have spoken about the party quite yet.

The Halloween bash comes just weeks after Kim Kardashian faced criticism for flying her family and friends to a private island to celebrate her 40th birthday.

My Tweets
We use cookies to help identify your computer so we can tailor your user experience, track shopping basket contents and remember where you are in the order process. WTX News Our Cookie Policy
Sean Connery: James Bond actor dies aged 90
‘Don’t Worry Darling’ production temporarily halted after positive Covid-19 test
To Top
Weekly