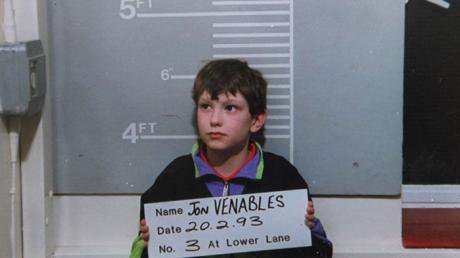 Jon Venables, one of the killers of toddler James Bulger has been denied parole for possessing child abuse images.

Venables had applied for parole after being jailed for having child abuse images on his computer in 2017.

In 1993, Jon Venables and Robert Thompson – both 10-years-old – took James Bulger, 2, from a shopping centre in Bootle. The pair tortured and killed Bulger leaving his body on a train track.

Venables served eight years for the murder of James Bulger and was freed on licence, along with Thompson, and given lifelong anonymity in 2001.

In 2010, under his new name, Venables was jailed for having child abuse images on his laptop. He was released after serving three years and given a second new identity.

In 2017 he went back to prison for 40 months after more abuse photographs were discovered on his computer.

His application was rejected by the Parole Board following an assessment of his case, he can apply for parole again within two years, the Parole Board said. Adding the date of the next review will be set by the Ministry of Justice.

My Tweets
We use cookies to help identify your computer so we can tailor your user experience, track shopping basket contents and remember where you are in the order process. WTX News Our Cookie Policy
Daily News Briefing: One million lives lost: Covid-19 pandemic hits grim milestone
Boris Johnson announces free college courses for adults to find work in post covid world
To Top
%d bloggers like this: