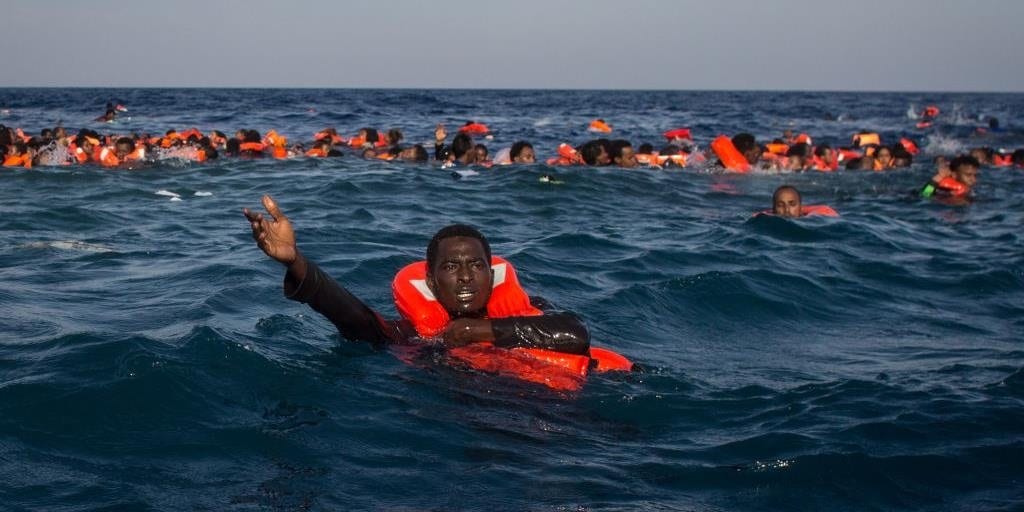 Greece secretly sent away more than 1,000 migrants – including babies, abandoning them in open seas

The New York Times has reported that at least 1,072  migrants were sailed to the edge of Greece’s water territory on inflatable life rafts and abandoned by Greek authorities.

The Times analysed evidence from multiple sources – including academic researchers, the Turkish Coast Guard, and independent watchdogs groups – found there were at least 31 different incidents of these expulsions over the past few months.

Nahma al-Khatib told the Times that on July 26, she and 22 others -including babies- were taken by masked Greek officials from a detention centre on the island of Rhodes while it was dark outside. She said they were left on a “rudderless, motorless life raft” and were later rescued by the Turkish Cost Guard.

“I left Syria for fear of bombing – but when this happened, I wished I’d died under a bomb,” the 50-year-old teacher told The Times.

The Guardian last month reported that Greece was gearing up to handle an increase of migrants from Turkey after the country arrested six smugglers.

African and Arab migrants abandoned and shot at by Greece coast guards. pic.twitter.com/Uw3KcF2vd7

Earlier this year, Turkey’s president threatened to release hundreds of thousands of refugees into Europe in the midst of ongoing tensions between Turkey and the EU. The EU border agency said the president’s threats prompted additional defence along Greece’s land and sea borders, the Guardian said.

But, The Times reports that the move to abandon migrants at sea is illegal under international law.

“These pushbacks are totally illegal in all their aspects, in international law and in European law,” François Crépeau, former United Nations special rapporteur on the human rights of migrants and professor of law at the Faculty of Law at McGill University, told The Times.

“It is a human rights and humanitarian disaster,” Crépeau said.

“Greek authorities do not engage in clandestine activities,” said a government spokesman, Stelios Petsas. “Greece has a proven track record when it comes to observing international law, conventions, and protocols. This includes the treatment of refugees and migrants.”

My Tweets
We use cookies to help identify your computer so we can tailor your user experience, track shopping basket contents and remember where you are in the order process. WTX News Our Cookie Policy
Israel and UAE open direct phone service after historic peace deal
Daily News Briefing: Alarm over Covid case rates in 19 European countries
To Top
Weekly