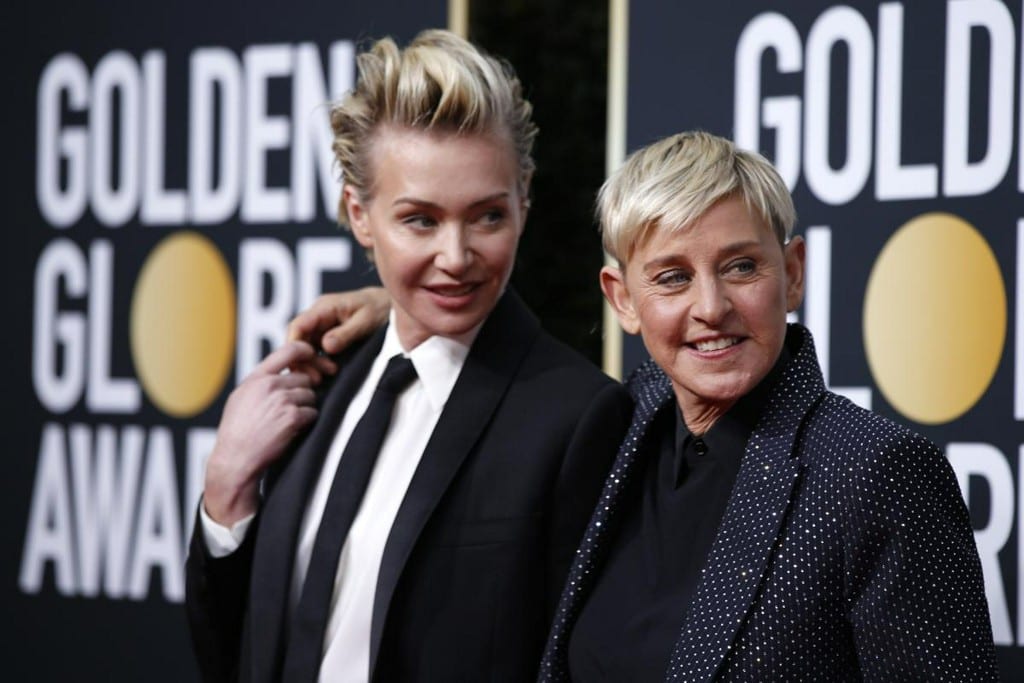 Ellen DeGeneres’s wife Portia de Rossi has spoken out in support of the TV star, posting on Instagram “I stand by Ellen” following reports of a toxic workplace environment on the set of her show.

DeGeneres has issued an apology in a memo to workers, while distributor Warner Bros said it would be making staffing changes after an internal investigation found “deficiencies related to the show’s day-to-day management.”

Amid calls for the 62-year-old presenter to step down, De Rossi, 47, has now shared a message of support for her wife of 12 years.

De Rossi’s Instagram post included a picture which read “I stand by Ellen” and a caption reading: “To all our fans … we see you. Thank you for your support.”

Ellen is known for her “be kind” mantra, often taking part in lavish giveaways or acts of charity, DeGeneres is one of the biggest names on US TV and has hosted her show since 2003.

Her image has been rocked recently after a string of allegations about an alleged toxic culture on the show. A Buzzfeed News investigation spoke to former employees who made allegations of racism, unfair dismissal, intimidation and an overall toxic environment.

DeGeneres apologised in a memo to staff saying: “On day one of our show, I told everyone in our first meeting that The Ellen DeGeneres Show would be a place of happiness – on one would ever raise their voice and everyone would be treated with respect.

“Obviously, something changed, and I am disappointed to learn that this has not been the case. And for that, I am sorry. Anyone who knows me knows it’s the opposite of what I believe and what I hoped for our show.”

DeGeneres said she was “committed to ensuring this does not happen again.”

“As someone who was judged and nearly lost everything for just being who I am, I truly understand and have deep compassion for those being looked at differently, or treated unfairly, not equal, or – worse – disregarded,” she said. “To think that anyone of you felt that way is awful to me.”

She finished the note by saying she is “so proud” of the show and apologised again to staff, adding she would have “done this in person” if not for the pandemic.

Warner Bros said: “Warner Bros and Ellen DeGeneres are all committed to ensuring a workplace based on respect and inclusion. We are confident this course of action will lead us to the right way forward for this show.”