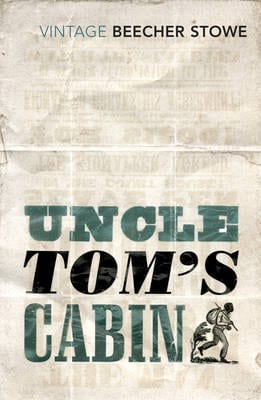 I wonder how many of you have used the term Uncle Tom as an insult – may be aimed at someone who you think is betraying or selling out their political views, class or friends.

There are probably many who don’t even realise the origins of the term.

But my latest book review is so relevant to today’s amazing movement Black Lives Matter because the focus is on a novel which triggered the beginning of the end to slavery and this collective yearning for freedom which was passed from one black generation to the next over the centuries.

Around 170 years ago Uncle Tom’s Cabin was written by Harriet Beecher Stowe but since then, the main character has become somewhat of a racial slur. Uncle Tom was viewed by some as a slave who undermined black freedom struggles by ingratiating himself with his white overseers.

To Blacks everywhere the phrase Uncle Tom has become a curse and I think that’s unfair although the book should be read within the context of African-American writing, the issues of race and the role of women.

So don’t do what I did and read a first edition – for a start, the print is tiny but, read without context, it contains damaging slave narratives. It is best to get a copy of the book with additional context, explanations and expansion on some themes to get the right feel of context.

It is worth remembering that it was the first American novel to become an international best-seller, charting the progress from slavery to freedom of fugitives who escape the chains of slavery, and of a man who becomes a martyr transcending all earthly ties.

However, the Tom I’ve just read about, the husband of Chloe, father of Mose, Peter and Polly and creation of Harriet Beecher Stowe is an amazingly strong, brave and heroic character.

Beecher Stowe introduces him in his cabin in Kentucky where his slave master, Mr Shelby, is forced to sell off some of his slaves to clear crippling debts. The slave trader pushes him to see faithful Tom and a little boy called Harry who is the entertaining, precocious son of fellow slave Eliza.

Eliza panics after overhearing news of the deal involving her son and so she runs away taking Harry with her. A similar opportunity presents itself to Tom but he refuses to flee.

Ripped away from his family he is taken south while Eliza embarks on a dramatic journey to Canada and freedom.

Tom, meanwhile, is taken by the ruthless slave trader who buys him on a passenger boat on the Mississippi River and during the journey, he dives into the water when he sees a white girl fall overboard. After rescuing Eva she persuades her father to buy him and Tom becomes the property of Augustine St Clare, a wealthy planter from Louisiana.

St Clare offers Tom his freedom but in a dramatic turn of events, he suddenly dies before it goes ahead and his widow reneges on the deal, selling Tom off, instead, to a brute of a man called Simon Legree. Legree recognises Tom’s value as a man of integrity and honesty but he becomes angry when he orders Tom to whip a fellow slave. Tom refuses and is beaten himself.

When two other slaves go AWOL, Legree threatens to kill Tom unless he reveals their whereabouts. Although Tom knows he refuses to say and is beaten within an inch of his life. As he lies, dying, the son of Mr Shelby arrives with the money to honour his father’s promise of freedom.

Instead, he finds the family’s once favourite slave perish at the hands of Legree.

The story was originally run in an anti-slavery newspaper. But when it was released in book form in March 1852, it was an overnight sensation selling 300,000 copies within the first year and more than two million within a decade in America.

The book divided Americans in a nation already bitterly split and heading for civil war over the issue of slavery. The pro-slavery lobby argued that slaves were better off than free workers in the north.

In 1862 and during the first 12 months of the civil war, US President Abraham Lincoln met Harriet Beecher Stowe  and greeted her with the now immortal words: “So you’re the little woman who wrote the book that made this great war.”

However, the truth is her book’s impact was global with Victor Hugo, Leo Tolstoy and British prime minister, Lord Palmerston being among those giving it critical acclaim.

It was and still is a powerful book although, in truth, the novel has not aged well because of the author’s endorsement of racial stereotypes and use of language. My copy was a first edition and I did struggle … not only with the type size but some of the use of language.

However, for the record Uncle Tom is no Malcolm X or revolutionary role model who is determined to become master of his own destiny, he is a courageous, generous and kind individual, a man of great integrity with an unshakeable belief in God.

The original book is radical, packed full of anti-slave messages and rhetoric so quite how Uncle Tom morphed into an adjective to describe a weak, trampled or passive individual can only be down to Hollywood and various theatrical interpretations of the book produced at the turn of the 20th century.

Malcolm X once said: “Just as the slavemaster in that day used Uncle Tom to keep the field negroes in check, he was the same old slavemaster who today has negroes who are nothing but modern Uncle Toms – 20th-century Uncle Toms – to keep you and me in check.”

Dare I challenge Malcolm X – while Uncle Tom promoted peaceful paths and not revolution he was prepared to pay the blood price rather than grass up or supervise or admonish his fellow slaves.

There is still a long road ahead before black people get the sort of liberation they are demanding through the Black Lives Matter movement but I would urge everyone, regardless of faith, nationality, colour or culture to stop using the term, Uncle Tom. Whatever you think of him, saint or sinner, the protagonist in this book has suffered enough. Let him rest in peace.