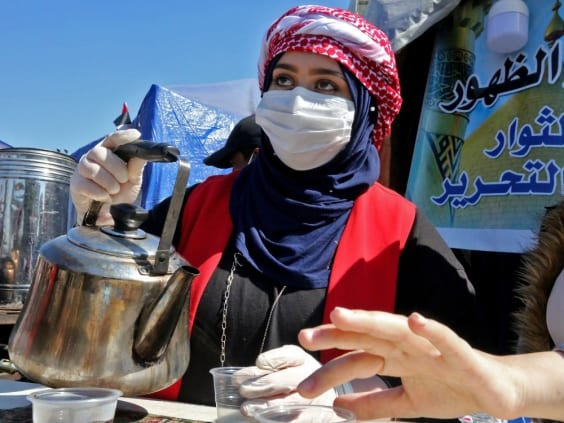 Iran second wave of Covid-19 is sweeping across the country. As the coronavirus outbreak takes the death toll to 12,635. Iran cannot afford to shut down the economy for a second time as US sanctions cripple the health care system

Iranian Authorities confirmed that it cannot afford to shut down Iran’s economy as the second wave of COVID-19 is sweeping across the sanction-hit economy. The second wave hits Iran as the country’s outbreak worsens with record-high death tolls and rising infections.

“The simplest solution is to close down all activities, (but) the next day, people would come out to protest the (resulting) chaos, hunger, hardship and pressure,” he added.

The Islamic Republic of Iran has been struggling since late February to contain the country’s COVID-19 outbreak, with global sanctions crippling the economy and welfare of the people. It has the deadliest outbreak in the Middle East hit by Irans sanctions.

Health ministry spokeswoman Sima Sadat Lari reported Saturday that 188 people had died from the respiratory disease in the past 24 hours, raising the overall toll to 12,635.

Iran’s daily COVID-19 death toll has topped 100 since around mid-June, with a record single-day tally of 221 reported on Thursday.

The outbreak’s rising toll has prompted authorities to make wearing masks mandatory in enclosed public spaces and to allow the hardest-hit provinces to reimpose restrictive measures.

The Coronavirus has claimed over 20,000 lives across the Middle East with over half of them in Iran.

Iran has suffered a sharp economic downturn after US President Donald Trump withdrew from a landmark nuclear agreement in 2018 and reimposed Irans sanctions.

“It is not possible to keep businesses and economic activities shut down in the long-term,” Rouhani said, emphasising that “the people will not accept this”.

Health Minister Said Namaki warned on Wednesday of a potential “revolt over poverty” and blamed US sanctions for the government’s “empty coffers”.

The reopening of the economy “was not over our ignorance (of the virus’ dangers), but it was due to us being on our knees against an economy that could take no more”, Namaki said on state television.

Iran sanctions have not been eased despite the death toll. The US sanctions targeted vital oil sales and banking relations, among other sectors, forcing Iran to rely on non-oil exports, which have dropped as borders were closed to stem the spread of the virus.

My Tweets
We use cookies to help identify your computer so we can tailor your user experience, track shopping basket contents and remember where you are in the order process. WTX News Our Cookie Policy
UN probes into Indian torture of Muslims in occupied Kashmir
White supremacist Tarrant wants his day at court for the New Zealand massacre -representing himself
To Top
Weekly