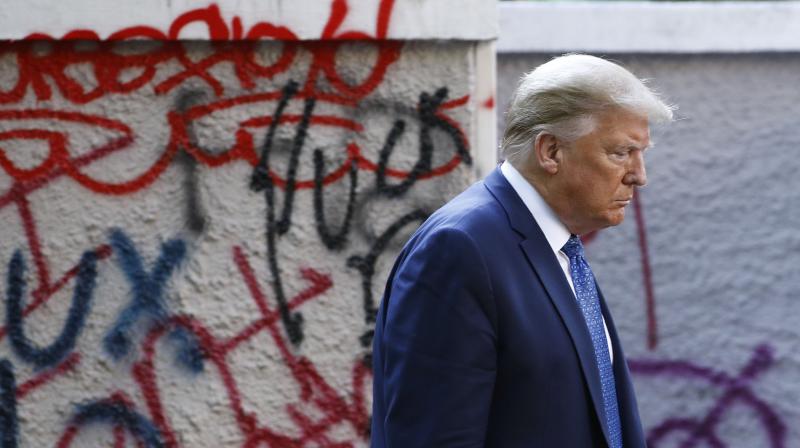 Harvard and MIT two of America’s top Universities have started legal proceeding to block President Trump’s administration for threatening to revoke foreign student visa whose courses have moved online because of the coronavirus pandemic.

The universities’ lawsuit was in response to an announcement Monday by the US Immigration and Customs Enforcement (ICE) that the students with virtual classrooms must leave the country or transfer to a school offering in-person tuition.

ICE said in its announcement the State Department would not issue visas to students enrolled in programs that are fully online for the fall semester and such students would not be allowed to enter the country.

Universities with a hybrid system of in-person and online classes will have to show that foreign students are taking as many in-person classes as possible, to maintain their status.

The measure was seen as a move by the White House to put pressure on educational institutions that are adopting a cautious approach to reopening amid the global COVID-19 pandemic.

“It appears that it was designed purposefully to place pressure on colleges and universities to open their on-campus classrooms for in-person instruction this fall, without regard to concerns for the health and safety of students, instructors and others,” he added.

The universities say in their lawsuit that the order would harm students “immensely,” both personally and financially.

It describes the order as “arbitrary and capricious.”

The lawsuit, filed in a Massachusetts district court, lists the defendants as ICE and the United States Department of Homeland Security. The plaintiffs ask that the court issue a temporary restraining order and “permanent injunctive relief” preventing the policy being enforced.

The lawsuit also requests that the order be declared unlawful, that their fees are covered, and that they receive any other relief that the court deems appropriate.

Most US colleges and universities have not yet announced their plans for the fall semester but Harvard University has said all its classes for the 2020-21 academic year will be conducted online “with rare exceptions.”

And went on to say that packed classrooms would endanger the health of students and teachers, I the wake of the global pandemic.

President Trump is no stranger o lawsuits, analysis by USA Today published in June 2016 found that over the previous three decades, Donald Trump and his businesses have been involved in 3,500 legal cases in the U.S, an unprecedented number for a U.S. presidential candidate.

He has many pending legal cases against and his administration since becoming President. In June 2020 a tech-focused civil liberties group on Tuesday sued to block President Donald Trump’s executive order that seeks to regulate social media, saying it violates the First Amendment and puts curbs on free speech.

My Tweets
We use cookies to help identify your computer so we can tailor your user experience, track shopping basket contents and remember where you are in the order process. WTX News Our Cookie Policy
Instagram censors Bella Hadid Instagram account for supporting Palestine – After she posted I am a ‘Proud Palestinian’
Ivory Coast Prime Minister Amadou Gon Coulibaly has died of COVID-19
To Top
Weekly