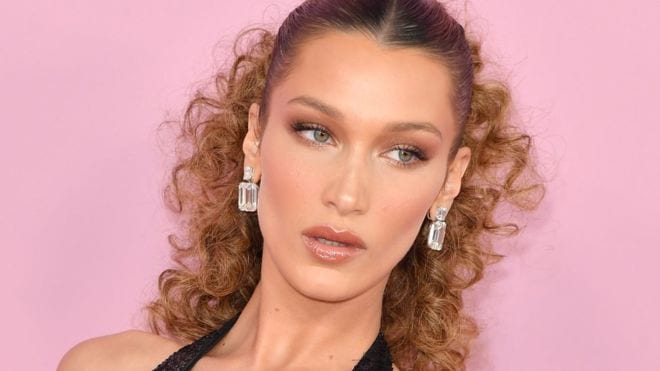 the 23-year-old, who is of Dutch and Palestinian descent, shared a photograph of her father’s expired American passport, which stated his place of birth as Palestine on her Instagram Story, writing “My baba and his birthplace of Palestine.”

On Tuesday, Hadid revealed to her 31.4 million Instagram followers that the post was taken down, as it allegedly breached Instagram’s company guidelines.

In response, the model explained to her followers: “Instagram removed my story that only said ‘My baba And his birthplace of Palestine’ with a photograph of his American passport. @instagram exactly what part of me being proud of my father’s birthplace of Palestine is ‘bullying, harassment, graphic or sexual nudity?’” she wrote.

“Are we not allowed to be Palestinian on Instagram? This, to me, is bullying. You can’t erase history by silencing people. It doesn’t work like that,” she added alongside a screenshot of a notification she received from the social media platform that stated that her post was removed for going against community guidelines.

Not one to back down, the model re-posted the passport photo, which currently remains on her social media feed, and wrote “Do you want him to change his birthplace for you?  “Everyone should post where their mother and fathers were born today! Remind them how proud you are of where you come from! I am proud to be Palestinian.”

It is not entirely clear why Instagram deemed the post to go against its community guidelines, but Hadid was flooded with support from fans on social media. “Bella Hadid just ended Instagram and we love to see it,” wrote one user.

It’s not the first time Hadid reaffirms the pride of her identity. The model is extremely vocal about her roots and often takes to social media to show her solidarity with Palestinians.

Wow…Merci @emmanuellealt & @inezandvinoodh .. it’s hard to explain what a dream it is to work with you every time…I can’t wait to see you again 🖤 W/ Two incredible Artísts @fulviafarolfi @pureward100 🖤 French Vogue May 2020