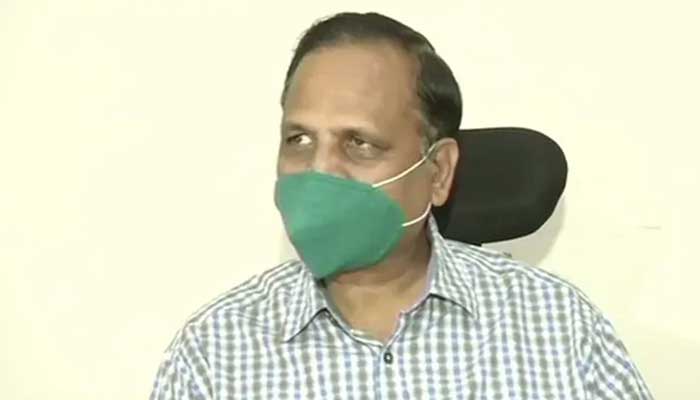 Indian experts hospitalized Health Minister Satyendar Jain on Tuesday with high fever and tested him for CORONAVIRUS as the pandemic cases continue to rise in  INDIA.

India has opened up businesses, public transport and shopping malls to revive a battered economy but the ending of the nearly 70-day lockdown has come just as cases are rising at their fastest daily levels.

The total number of infections stood at 343,091, the world’s fourth most after the United States, Brazil and Russia, the health ministry data showed. At least 9,900 people have died, far fewer than the United States and Brazil, but more than Russia.

Prime Minister Narendra Modi, who initially won praise for imposing a vast lockdown on India’s 1.3 billion population early on in the pandemic, called state chief ministers for a video conference to discuss measures to deal with the surge in cases.

The coronavirus keeps The big cities of Delhi, Mumbai and Chennai the worst affected.

“Due to high-grade fever and a sudden drop of my oxygen levels last night I have been admitted to RGSSH (Rajiv Gandhi Super Speciality Hospital). Will keep everyone updated,” Jain said in a tweet. Thus, He would be tested for the disease and results was expected by later Tuesday, a member of Jain’s party said.

Due to high grade fever and a sudden drop of my oxygen levels last night I have been admitted to RGSSH. Will keep everyone updated

Several senior officials from finance, foreign affairs and law departments that are all based in Delhi have tested positive over the past few weeks. Most have been working in offices from the beginning of the crisis.

Jain himself attended a meeting on Sunday where federal Home Minister Amit Shah and Delhi Chief Minister Arvind Kejriwal were present. It was not immediately known if Shah, seen as the most powerful member of the cabinet after Modi, was going to test.

Kejriwal had tested negative earlier in the month.