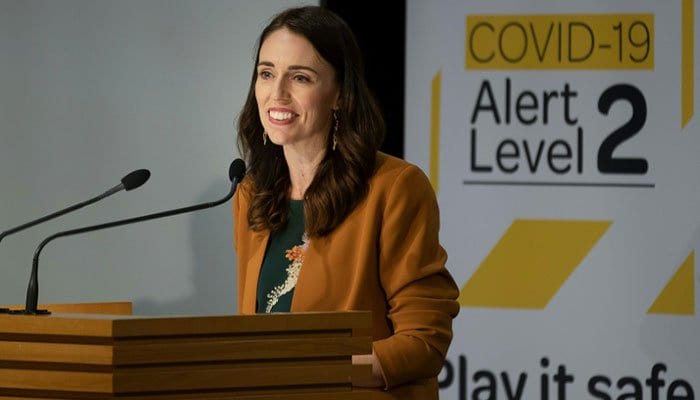 New Zealand health authorities announced that the country had no active cases of  COVID-19 cases after the country´s final patient was given the all-clear and released from isolation.

A lone woman in her 50s, who lived in Auckland, was the last person in New Zealand known to be suffering from Covid-19. On Monday, health officials said, she had reported 48 hours symptom-free and was now considered recovered.

New Zealand Prime Minister Jacinda Ardern says when she heard there were no more active coronavirus cases in the country she started "dancing around the lounge." https://t.co/xCxkIT3bDu pic.twitter.com/ctZtchD6eL

“and an achievement the whole of New Zealand could take heart from,” he added

“We are ready,” said Prime Minister Jacinda Ardern at a news conference in Wellington.

She added that New Zealanders had “united in unprecedented ways to crush the virus.”

Ardern revealed she did “a little dance”  when told about the milestone.

“While we’re in a safer, stronger position there’s still no easy path back to pre-COVID life, but the determination and focus we have had on our health response will now be vested in our economic rebuild,” she said.

“While the job is not done, there is no denying this is a milestone. So can I finish with a very simple Thank you, New Zealand.”

Prime Minister Jacinda Ardern announced that, thanks to the hard work of our team of 5 million, we will move into Alert Level 1 from midnight tonight. pic.twitter.com/IHYdnn1o2y

New Zealand is set to lift almost all its CORONAVIRUS restrictions within hours. It will move to level one, the lowest of its four-tier alert system, at midnight local time (12:00 GMT).

Under this, social distancing will no longer be required and there will be no limits on public gatherings. Meanwhile, only borders will remain closed. To clarify, Jacinda Ardern warned that she had no timeline for removing them, saying they are the country’s best line of defence.

The South Pacific nation has had 1,154 confirmed cases and 22 deaths. There have been no new infections for 17 days and, until Monday, just one active case for more than a week.

It began level four, where most businesses were shut, schools closed and people told to stay at home. After more than five weeks, it moved to alert level three in April. This allowed takeaway food shops and some non-essential businesses to re-open.

As the number of community cases continued to decline, the country moved into level 2 in mid-May. The move to level one comes ahead of plan. The government had originally meant to make the move on 22 June, but it was brought forward after no new cases were reported for 17 days, say local media outlets.

“We now have a head start on economic recovery because at level one we become one of the most open, if not the most open, economies in the world,” she said.

The prime minister said modelling showed the economy would operate at just 3.8% below normal at Level 1, compared with a 37% impairment at Level 4 lockdown.

New Zealand is now part of a small group of countries that have declared themselves free of Covid-19. It is also understood to be the first to do so among nations that have had more than 1,000 confirmed cases.

The small European nation of Montenegro reported it no longer had any active cases of the virus on 25 May. Fiji followed on 5 June, and the Faroe Islands also had said the same on 9 May. Taiwan, Iceland, Cambodia, and Trinidad & Tobago each say they have fewer than 10 cases still active.

A small handful of countries claim to have recorded no cases of Covid-19 at all. These countries include several tiny Pacific Island states.