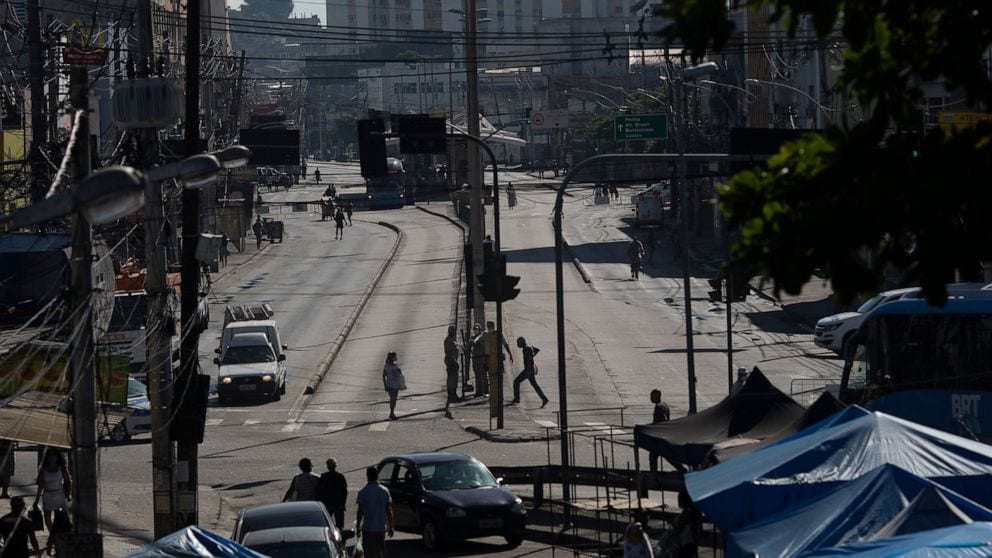 Brazil has recorded its highest daily death toll from  Coronavirus, with 881 deaths over the past 24 hours to become the sixth-worst affected country in terms of recorded deaths.

Experts say the real figure may be far higher due to a lack of testing in the country. “Brazil is only testing people who end up in the hospital,” Domingo Alves from the University of Säo Paulo Medical School said.

“It’s hard to know what’s really happening based on the available data,” he said. “We don’t have a real policy to manage the outbreak.”

Mr Alves is one of the authors of a study that estimated the real number of infections was 15 times higher than the official figure.

Citizens enforce their own  Lockdowns

Faced with overwhelmed hospitals, Brazilian states and cities have introduced their own lockdowns against the will of President Jair Bolsonaro, who says job losses are more damaging than COVID-19.

However, most governors and mayors have not imposed mandatory stay-at-home orders.

“It is late in terms of avoiding hospital collapse, but certainly it isn’t too late to avoid a bigger catastrophe,” said Miguel Lago, executive director of Brazil’s non-profit Institute for Health Policy Studies.