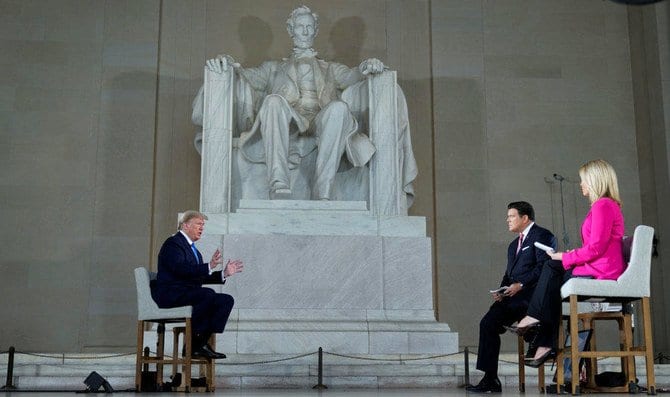 COVID-19 has infected more than 1.1 million and killed more than 67,000 people in the US. During a two-hour virtual town hall broadcast by FOX News, US President Donald Trump expressed his belief that as many as 100,000 Americans could die in the coronavirus pandemic.

“We’re going to lose anywhere from 75, 80 to 100,000 people. That’s a horrible thing,” said Trump, who hoped last Friday fewer people could be affected. The death toll passed Trump’s earlier estimates, however, in an assessment that clashes with those of some public health experts, Trump said he believed that by the end of the year there would be a vaccine against COVID-19.

Many health experts, including Dr Anthony Fauci, the nation’s top infectious disease expert, have cautioned that a vaccine is likely a year to 18 months away.

This pandemic has affected all aspects of life in the US, shutting the society down, including schools and many businesses. The coronavirus restrictions in the United States have caused a critical economic crisis, with over 5 million unemployed the US citizens are gasping for relief from restrictions that have sent the economy into a tailspin.

“We can’t stay closed as a country (or) we’re not gonna have a country left,” Trump said. Trump also added that he wanted students to return to schools and colleges in the autumn, and he emphasised the need to re-open businesses and get Americans back to work even as he acknowledged the possibility of a resurgence of the disease.

Trump, who has been criticised for not moving earlier to stop the spread of the disease, blatantly sought to lay the criticism by blaming China for the global pandemic.

Trump said China had made a “horrible mistake” without explaining what this was or providing specific evidence for his assertion.