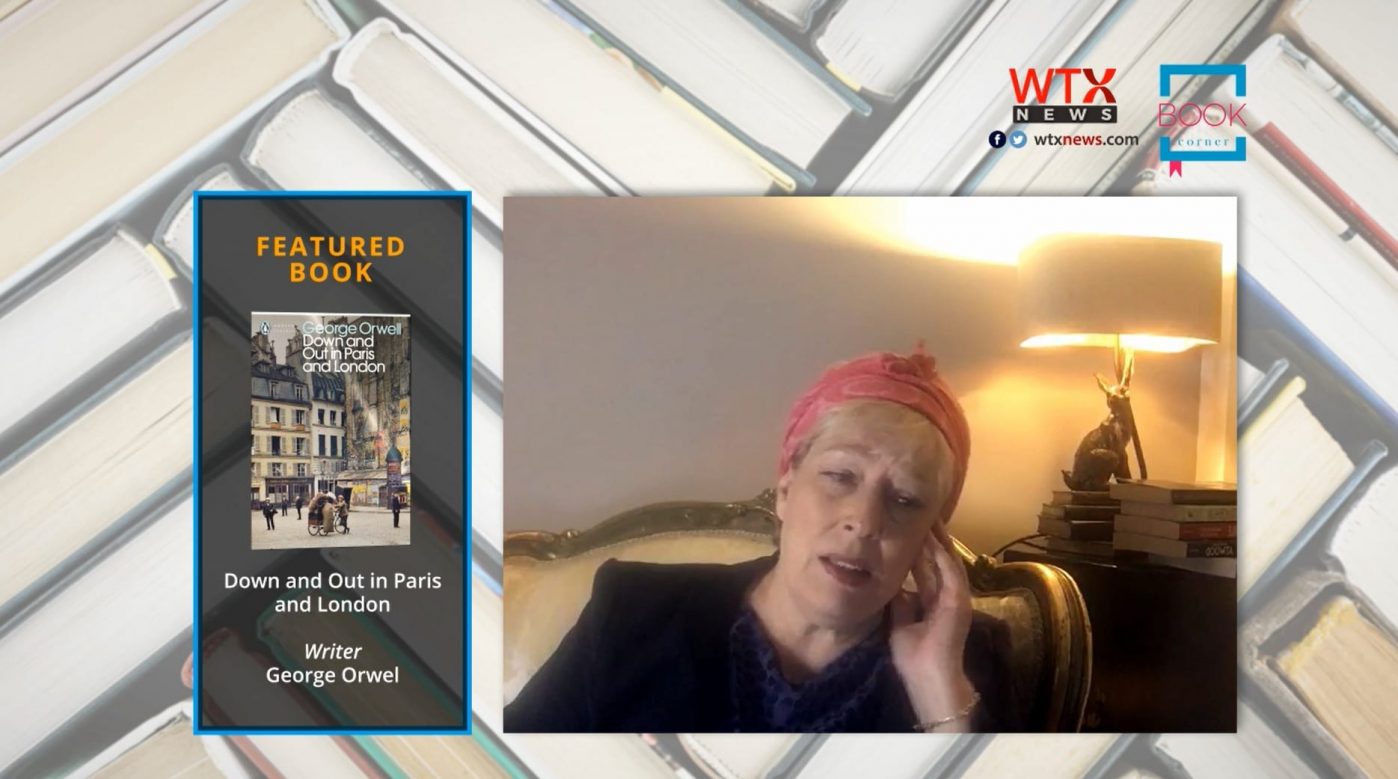 The Book Corner – By Yvonne Ridley – Lockdown Episode 1 – featuring a book review on Orwell’s book ‘Down & Out in Paris and London’ by George Orwell.

‘Down and Out in Paris & London’ is the first full-length work by the English author George Orwell, published in 1933. His book exposes the poverty existing in two major powerful and prosperous cities of Paris and London.

The first part is an account of living in near-destitution in Paris and the experience of casual labour in restaurant kitchens. The second part, which was added later, is a travelogue of life on the road in and around London from the tramp’s perspective. He really captures the real-life conditions of the poor and destitute, whilst working as a labourer in Paris and London.

Has society moved on?

One of the debates surrounding Down and Out in Paris and London is whether it was a piece of factual autobiography or part fiction.

Orwell wrote in the Introduction to the 1935 French edition: and comments “I think I can say that I have exaggerated nothing except in so far as all writers exaggerate by selecting. I did not feel that I had to describe events in the exact order in which they happened, but everything I have described did take place at one time or another.”

As a writer, Orwell produced literary criticism and poetry, fiction and journalism; and is best known for the allegorical novella Animal Farm (1945) and the dystopian novel Nineteen Eighty-Four (1949). His non-fiction works, including the Homage to Catalonia (1938), an account of his experiences soldiering for the Republican faction of the Spanish Civil War (1936–1939), are as critically respected as his essays on politics and literature, language and culture.