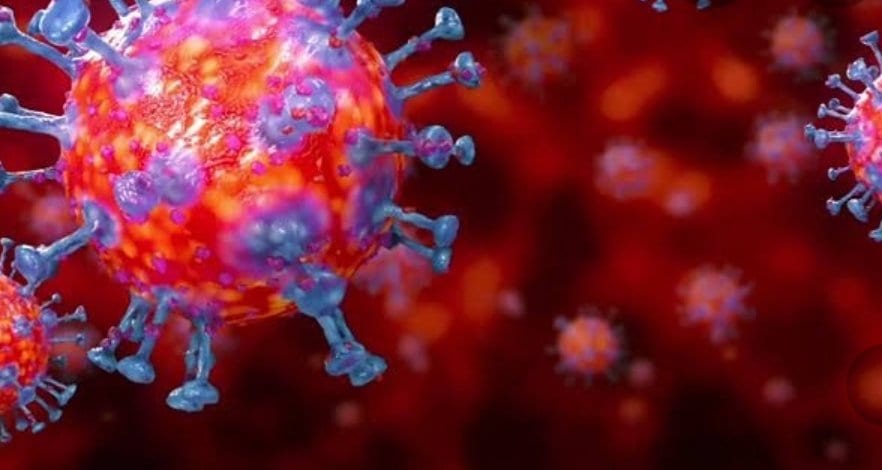 In today’s briefing update, the Sunday Papers report on the evergrowing coronavirus crisis in the UK, including the PM’s “bleak message” to the UK and pleas to protect the NHS.

In our special feature, we look at the global rising death toll of the coronavirus.

The Observer says the prime minister has warned the public that the coronavirus outbreak is likely to get worse. And he is prepared to tighten restrictions if needed. The country’s 30 million households will receive a letter from Boris Johnson this week, which will detail the government’s guidance on social distancing, symptoms and handwashing.

‘Things will get worse before they get better’

The Sunday Express leads with the prime minister’s “bleak message” as the UK death toll rose above 1,000 on Saturday. Mr Johnson said the country is facing a “national emergency” and pleads with the public to stay at home to protect the NHS and save lives, the paper says.

Protect our doctors and nurses

The Sunday Mirror’s front page calls for the UK to “protect our doctors and nurses.” The paper reports medics are pleading for more protective masks and gowns to stop them becoming “sitting ducks.” It quotes Dr Hisham El Khidir, cousin of one of the first UK doctors to die from Covid-19, saying that without better protection, more medics will lose their lives.

The Sunday Times says the government’s leading epidemiology adviser has warned the UK must stay in full lockdown until June to avoid the worst effects of the coronavirus. Prof Neil Ferguson said even when the lockdown is lifted some measures would remain for months. But some senior government figures are more optimistic, suggesting restrictions could be lifted earlier, with the peak of the crisis predicted for the week of 12 April, the paper adds.

Don’t be rubbish to our binmen

The Daily Star calls for the public to throw away less to keep bin services going. The paper calls for more support for waste collectors, who are calling for strict safety measures to protect them from the virus.

Crisis will get worse before it gets better, PM warns

The Sunday Telegraph’s front splash also leads with the PM’s letter. They quote the prime minister as saying that the more “we all follow the rules” the fewer lives will be lost and the sooner we can return to normal. The paper says there are fears the UK is following the course of Italy and Spain – the two worst affected European countries.

Jeremy Corbyn: ‘coronavirus proves I was right on public spending’

There will be a lot of clouds spreading across the country but also some sunshine at times. There will be showers, some wintry, which will mainly be in eastern areas. A cold and blustery day.

Much of the country will be largely dry with clear spells and variable cloud. Showers will drift in from the east, these still locally wintry, especially on higher ground.

Donald Trump is murdering people in states whose governors he doesn't like. He's systematically wiping out Americans based on their political leanings. When this is over, Trump must pay for it in every way possible. #TrumpGenocide

“It’s not every day that a zookeeper went to prison for murder for hire.” – Tiger King

In today’s special feature we look at the soaring death tolls from around the globe.

CNN reports the global death toll from Covid-19 has surpassed 30,000, with more than 10,000 of those in Italy, according to data compiled by the US-based Johns Hopkins University.  Global infections have now risen past 660,000. The United States has the most confirmed cases (115,547) worldwide, surpassing China and Italy.

Covid-19, which emerged from Wuhan, China last December has now spread to at least 177 countries and regions around the globe. The global death toll has now reached 30,249 and confirmed cases 649,904. A total of 137,283 people diagnosed with the virus have recovered globally.

As the death toll continues to rise, WTX News reports how Germany is saving lives with early testing. Despite Germany having one of the highest confirmed case numbers, they have avoided a high death toll due to aggressive early testing.

Aljazeera reports Italy’s death toll from the coronavirus has shot past 10,000 with 889 new deaths, the country’s civil protection service said.

So far Italy has suffered more deaths than any other country, currently at 10,023. An additional 5,974 infections brought to 92,472 the number of people who have officially tested positive for COVID-19 in Italy since the crisis began last month.

But the latest figures provided by the civil protection department show that both the daily death rate and the increase in contagion cases grew a bit slower than Friday.

Current contagions rose by 5 per cent to reach 70,065, compared with a 7 per cent rise on Friday. The total number of people who have recovered from the virus stands at 12,384.

Sky News reports Spain’s massive surge in coronavirus deaths. The country saw a leap by 832 bringing the toll to 5,690.

A further 8,189 cases were detected in the country in the last 24 hours, bringing the total number of confirmed cases to 72,248.

He said: “It’s a bad situation, it is really bad and it is getting worse day by day because the number of positive COVID-19 patients is increasing.

“We have a large number of patients, and the problem is we can’t increase the room available.”

New York Post reports of the US death toll rising past 2,000, doubling in two days according to states’ health data.

The death toll has rapidly increased – with about a month passing between the country’s first death and its 1,000.

The numbers climb as officials across the US are desperately trying to slow down the spread of the outbreak.

President Trump suggested a mandatory two-week quarantine and travel ban for New York City – the county’s epicentre of the virus – and its surrounding area. But later that night went back on his suggestion.

“A quarantine will not be necessary,” Trump tweeted, adding that a travel advisory would suffice.

New York City region and the states touching it have been told to limit their travel to avoid spreading the virus, according to the Guardian.

RFI reports Iran’s coronavirus death toll on Saturday rose to 2,517 after another 139 people died from Covid-19 on Saturday. Iran is one of the world’s worst-affected countries.

A health ministry spokesperson told a news conference that 3,076 more cases of the virus had been confirmed in the past 24 hours, bringing the total of confirmed infections to 35,408.

“The condition of 3,026 of those hospitalised is critical in one way or another,” he said. Meanwhile, 11,679 patients have recovered in Iran and have been discharged from hospitals.

He added, 57 million Iranians have been screened for the virus saying the data was “significant” and helped with detecting the virus early and intervening.

iI you need medical help in the UK

If you need medical help for any reason, do not go to places like a GP surgery, pharmacy or hospital. for urgent medical help, use the NHS 111 online service – only call 111 if you're unable to get help online

How to stop coronavirus spreading

To help spread the of Coronavirus (COVID-19) you should wash your hands with soap and water as often as possible – do this for at least 20 seconds Use hand sanitiser gel if soap and water are not available - i.e when you are outside shopping for essentials Wash your hands as soon as you get back home and wipe down the food you have purchased ( in its packaging) with an antibacterial wipe. Always cover your mouth and nose with a tissue or your sleeve (not your hands) when you cough or sneeze, Catch it, wrap it in another paper and bin it. Once you have put your used tissues in the bin immediately and wash your hands afterwards

All the latest from film, TV, Music.