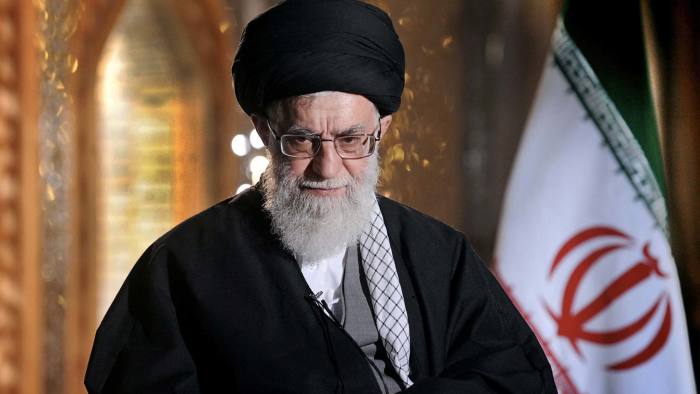 In an open letter, the President of Iran has called on the US people.  He has urged Americans to tell their government to end the “dark chapter” of sanctions against Iran. It comes as the country the struggles to fight the evergrowing coronavirus pandemic.

Just last week, the United States imposed new sanctions on Iran. The sanctions blacklisted five international companies from doing business with the country, according to Reuters.

“Our policy of maximum pressure on the regime continues,” Brian Hook, the US special representative for Iranian affairs said, according to Reuters. “US sanctions are not preventing aid from getting to Iran.”

However, President Rouhani’s letter stated US policy is aiding the spread of Covid-19. “Even under the circumstances of the pandemic, the US government has failed to abandon its malicious policy of maximum pressure; and is thus in practice aiding the spread of this virus with sanctions.”

Rouhani says the “war” on the virus can be won. But made it clear, as Iran urges America lifts sanctions, that every nation needs to work together.

Rouhani wrote to a number of world leaders last week, asking them to ignore US sanctions that have “hampered” Iran’s response to the coronavirus, according to Iranian Foreign Minister Mohammad Javad Zarif.

It is immoral to observe them: doing so has never saved anyone from future US wrath

Join the growing global campaign to disregard US sanctions on Iran.

The US sanctions on Iran are meant to pressure the country into abandoning its nuclear ambitions. The sanctions came after President Trump pulled the US out of the nuclear agreement in 2018.

Iran has been hit the hardest by the coronavirus in the Middle East. Iran’s health ministry said one person dies every ten minutes of Covid-19.

Back in February, it appeared America’s “maximum pressure” campaign had succeeded. President Rouhani said, “never in our history have we experienced an economy without oil.” Adding “ We have come to realise we can govern without oil.”

Iran, which has some of the world’s largest crude and gas reserves, had been forced to break its addiction to oil. And it had survived.

The global health crisis in many ways has succeeded where US sanctions failed. Covid-19 attacked many of the regional trading routes the republic has become more dependent on over the past two years.

As a result, Iran is more isolated than ever before and is now appealing for international aid, including a $5bn loan from the IMF while complaining the US sanctions are crippling its ability to respond to the crisis.

Iran’s neighbours Iraq, Turkey, Pakistan, Afghanistan and Armenia have closed their borders or imposed restrictions on crossings and trade. There is only one foreign airline still flying to Iran. “Coronavirus has struck a more severe blow to Iran’s economy than US sanctions over a very short period,” says an Iranian economist.

Iran and US sanctions

After the Trump administration withdrew from the 2015 nuclear deal and started its “maximum pressure” campaign, Iran’s survival strategy kicked in. It sought to bolster domestic production and attempted to boost non-oil exports including face masks to China. Iran shifted its focus to regional markets both as a destination for Iranian goods and as transhipment hubs

Iran produces enough food for its population and exports to neighbours. Iranian companies account for about 70 per cent of the country’s pharmaceutical needs, with the remainder imported. Neither section is sanctioned, but the difficulty lies in conducting financial transactions, as few banks will touch anything connected with Iran. It has led to a shortage of some specialist medicines, such as cancer drugs – and now equipment to fight the coronavirus.

US sanctions have hit poorer Iranians hardest. Oil exports have dropped from 2.8m barrels a day two years ago to a few hundred thousand. The IMF says the economy decreased by around 9.5 per cent last year and the rial lost more than 50 per cent of its value in the months after Trump withdrew from the nuclear deal. Inflation soared about 40 per cent and foreign companies fled the country.