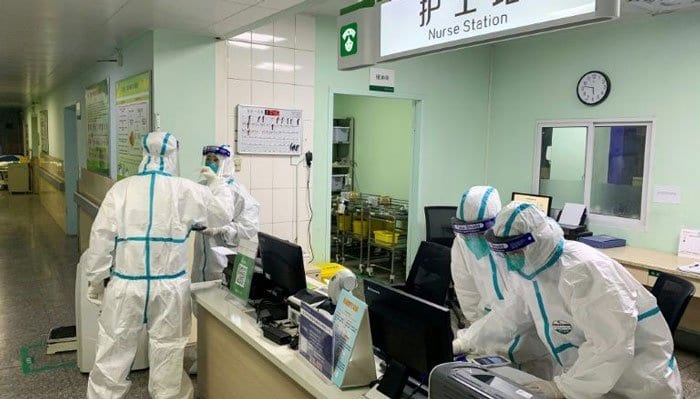 In an alarming statement from Germany’s foreign minister, he said that President Trump has tried to buy Vaccine cure for Coronavirus from the Germans. In a swift rebuttal by the German Minister, he said ‘the rights to coronavirus vaccine research were not for sale,’

Reports suggest that President Donald Trump wanted the US to buy exclusive access to a potential vaccine developed by a German biotech firm.

The comments, made in an interview to media group Funke, come as scientists raced to develop a vaccine against the deadly coronavirus that has killed more than 6,000 people and seen millions placed under lockdown.

The virus has caused widespread panic among people and devastating global financial markets.

Citing sources close to the German government, Die Welt newspaper had previously reported that Trump had offered “a billion dollars” to secure research into a vaccine by German biotech firm CureVac “only for the United States”.

“Germany is not for sale,” said economy minister Peter Altmaier, reacting to the report. At a news conference, interior minister Horst Seehofer was asked to confirm the attempts to court the German company.

“I can only say that I have heard several times today from government officials today that this is the case, and we will be discussing it in the crisis committee tomorrow,” he said.

CureVac said in a statement that it “abstains from commenting on speculations and rejects allegations about offers for the acquisition of the company or its technology”.

CureVac, is the firm leading the race to find a cure for the Cornovirus outbreak. It was founded in 2000 and is based in the German state of Thuringia.

The lab is currently working in tandem with the Paul-Ehrlich Institute, linked to the German health ministry. Last week, the firm mysteriously announced that CEO Daniel Menichella had been replaced by Ingmar Hoerr, just weeks after Menichella met with Trump, his vice president Mike Pence and representatives of pharma companies in Washington.

“We are very confident that we will be able to develop a potent vaccine candidate within a few months,” CureVac quoted Menichella as saying on its website shortly after the visit. On Sunday, CureVac investors said that they would not sell the vaccine to a single state in response to Trumps attempt to buy the Vaccine.

“If we are successful in developing an effective vaccine, then it should help and protect people across the world,” said Dietmar Hopp, head of principal investor Dievini Hopp Biotech Holding, in a statement.

Economy minister Altmaier welcomed the statement, saying it was a “fantastic decision”. He also pointed out that the government has the power to scrutinise foreign takeovers, saying that “where important infrastructure and national and European interests are concerned, we will take action if we have to.

My Tweets
We use cookies to help identify your computer so we can tailor your user experience, track shopping basket contents and remember where you are in the order process. WTX News Our Cookie Policy
Daily News Briefing: UK on LOCKDOWN-Inmates escape Brazil jails & US tells China quit blaming them
Daily News Briefing: Hundreds protest citizenship law – UK schools struggling & 24 hours of global confusion
To Top
Weekly