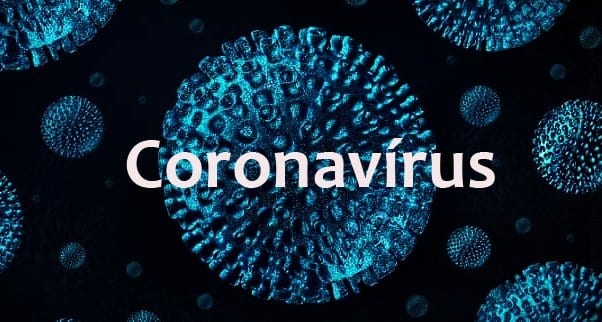 During a week that has been dominated by the outbreak of Coronavirus, the Sunday papers are all focussed on the government’s plan and response to the coronavirus outbreak. The over 70s face a stay at home order,  the NHS and private hospitals are to “team-up” and the Army is set to guard hospitals and supermarkets.

Spain and France are both enforcing a national emergency response. Spain has declared a state of emergency and France shuts bars and restaurants. We understand the Prime Minister Boris Johnson will announce a cancellation of all gatherings.

In sport, Liverpool FC are about to be crowned champions – a move which is supported by all the other managers apart from Karen Brady who suggests the season should be null and void.

In our special feature, we look into the first anniversary of the Christchurch massacre in New Zealand.

The Sunday Express says the over-70’s are facing a “stay at home order” to tackle the coronavirus outbreak. The paper says the government’s “dramatic plan” – likely to be introduced within 20 days – will see the elderly and anyone with pre-existing medical conditions “instructed to stay in strict isolation.”

The Sunday Telegraph says British industry has been put on a “war footing” with manufacturers being urged to make ventilators in an “unprecedented peacetime call to arms.” Health Secretary Matt Hancock writes that “our generation has never been tested like this.” The paper also reports that “entire families will soon be told to self-isolate” together and publishes a coronavirus “guide for you and your family.”

Its war on the virus

The Sunday Mirror uses more militaristic language on its front page, declaring war on the coronavirus. The paper emphasises the isolation order for the over 70s which could apply for four months and reports that 8,000 private hospital beds “will be used to treat the UK’s coronavirus patients.”

The Sunday Times says the new rules for the elderly and whole families are expected to be imposed this week. A YouGov survey says the public is “prepared” for the introduction of “draconian powers” like rationing, while, in a separate article, the paper claims that the Islamic State terror group has warned its followers to avoid Europe because of the virus.

The Observer says the NHS and private hospitals will “join forces” to tackle the coronavirus crisis. The paper also suggests that Brexit means the UK could have to “wait longer and pay more” to get hold of a vaccine.

Army to guard hospitals and supermarkets

The Mail on Sunday says the Army will be brought in “to guard hospitals and supermarkets.” The paper says emergency legislation will enable ministers to buy land “to free up room for extra graveyards” and also features advice on how readers can boost their immune systems.

Breaking News: Premier League suspended – All football in England and Scotland has been suspended!

A band of heavy rain will spread south-eastwards across England and Wales, clearing in the north and west later. Scotland and Northern Ireland will see showers and some bright spells. Windy for some.

Rain in the south-east will push away, while any showers elsewhere will fade, to leave much of the country dry with clearing skies. It will turn cold with a frost, patchy mist and fog forming.

.@TwitterUK have created a new emoji to encourage hand washing.

And share the message:
Wash your hands more often, for at least 20 seconds each time with soap.#COVIDー19 pic.twitter.com/1VAFagpLC1

“A man’s alter ego is nothing more than his favourite image of himself.” – Catch Me If You Can (2002)

Remembering the 51 people killed in the Christchurch mosque attacks - Jacinda Arden The New Zealand PM issued a statement last week saying there is a rise in racists attacks since the Christchurch event.

In today’s special feature we look at the Christchurch mosque attacks, one year on.

RNZ says despite the official anniversary memorial for the horrific Christchurch mosque attack being cancelled due to the coronavirus, Muslims will be remembering the victims in their own way.

Imam Abdul Alabi Lateef from Linwood Mosque, where seven people died in the attacks last year, spoke on his views on the memorial.

“It’s not that we disregard what you are saying, but as far as our religion is concerned this is how we do it. We respect their values as well. But this is what our religion taught us,” Imam Lateef says.

For Muslims, they have their own way of remembering loved ones – guided by the Quran and the hadith of the Prophet Muhammad.

“As far as our brothers and sisters are concerned that passed away… generally, we grieve for them every single day since they left, and we pray for them, so it’s like our memorial actually, as far as Islam is concerned, is on a daily basis,” Imam Lateef continued.

Arab News looks at how the horrific attacks brought out hope for humanity.

When news broke of the attacks, New Zealanders were left in shock. Recalling the day, Ma’an Jala, an Iraqi Kiwi who lives in Dubai said he “couldn’t believe what he was hearing.”

“Having grown up in New Zealand, I know what the people are like and we don’t have this kind of mentality,” he said.

“It was really sad that something that happens everywhere else around the world somehow made its way to New Zealand, which is a very peaceful place,” he added.

After the attack, which PM Jacinda Arden called one of New Zealand’s “darkest days”, the world came together in solidarity with the country as different social groups united to make a statement against hate.

For their special feature, Arab News spoke to more than a dozen people to discuss how the tragic event strengthened their ties.

New York Post says even though the official memorial was cancelled, a crowd of people still turned up to sing and dance in honour of the 51 dead.

The cancelled memorial was expected to draw large crowds to honour those killed last March 15 at the Masjid An-Nur mosque and Linwood Islamic Center, allegedly by white supremacist Brenton Tarrant, 29.

“We’re very saddened to cancel, but in remembering such a terrible tragedy, we shouldn’t create the risk of further harm being done,” said Prime Minister Jacinda Ardern in a statement.

But mourners were still seen sorrowfully greeting each other Sunday at the Masjid An-Nur mosque, with young girls holding hands and singing at its entrance.

(My) Truth: The Rape of Two Coreys