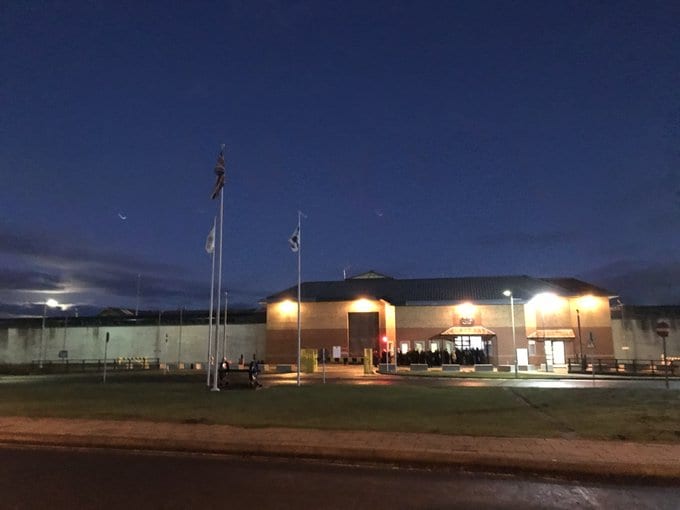 Two men are being questioned under terror laws over an attack on a prison officer at HMP Whitemoor – a maximum security jail.

The officer was stabbed in the head, chest and face as the cells were unlocked at the prison on 9 January.

The men, aged 24 and 26, were arrested on Monday on suspicion of conspiracy to murder and preparation of a terrorist act, the MET police said.

They are alleged to have attacked an officer with improvised weapons. Police said at the time the men were wearing fake suicide belts.

Three prison officers and a nurse were also injured as they rushed to the aide of their stabbed colleague.

Both men are in custody in a London police station while inquiries continue.

HMP Whitemoor house more than 400 Category A and B prisoners on three wings, including a number of the highest-risk inmates.

In February last year, a “small number” of prison staff there needed medical treatment after violence broke out.