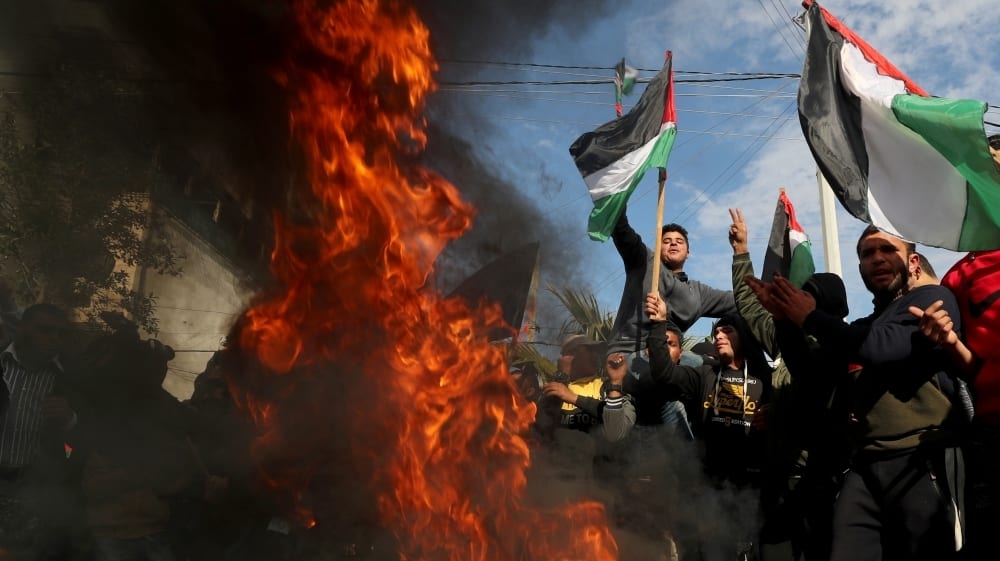 In today’s briefing update, the Sunday papers report on No 10 mocking the EU and the House of Lords expenses spiralling “out of control”. In other news, Prince Andrew’s alibi has been called into question and a Brit barmaid quizzed over Madeleine McCann disappearance.

In our special feature, we look into US President Donald Trump’s Middle East Peace Plan – ‘The plan ignores the fact Israel created this mess’

House of Lords expenses spiral out of control

The Sunday Times says expenses for peers in the House of Lords are spiralling “out of control,” according to an analysis by the paper.  They say the result is a “triple hit for taxpayers.”

EU is ‘divided and distracted’

The Sunday Express leads with Downing Street’s apparent derision at the EU’s behaviour ahead of Brexit trade talks. A source tells the paper EU officials seem “divided and distracted” ahead of the talks – while the tabloid mocks what it calls the “chaos” of an EU budget summit which ended without agreement on Friday.

The Mail on Sunday’s front splash calls into question Prince Andrew’s alibi on the night a teenage trafficking victim says he had sex with her. Andrew has firmly denied all allegations against him, but the paper says a former royal protection officer has contradicted his claim he was home all evening on the night in question.

Starmer warns Labour: unite or face generation out of power

The Observer reports on the Labour leadership contest. Sir Keir Starmer urges the party to “pull together” and the paper says, in his “strongest personal attack to date” on the Prime Minister, Sir Keir says “dangerous” Boris Johnson should not be caricatured “as a clown.”

The Sunday Telegraph’s front splash leads on claims the PM wants to replace several permanent secretaries because they are at odds with Conservative ministers and advisers. The paper also reports that former culture secretary Baroness Morgan of Cotes has warned that BBC reform is “unavoidable.”

The Sunday Mirror says police investigating the disappearance of Madeleine McCann have asked a British barmaid for information about her German ex-boyfriend. Maddie vanished from a holiday apartment in Portugal in 2007.

Staying rather cloudy across the far south of England this afternoon, with a few further spots of rain. Sunny spells elsewhere, with wintry shower across Scotland and northern England slowly fading.

Rain and hill snow will push in from the west giving significant snow accumulations to the high ground in the north, but snow is also possible to low levels for a time in Scotland and N England.

THAT time of year for the right-wing press again. Some context:

1. UK spends 0.7% of its gross national income on foreign aid and development

3. ££ to help UK towns is there. The Tories choose not to use it pic.twitter.com/kUa6PPeSOX

16 Magical Ways to Use Your Instant Pot

‘The plan ignores the fact Israel created this mess’

Brookings says there is a lot to be upset about regarding Trump’s peace plan if you’re Palestinian.

The publication says in the plan’s first few pages, no Palestinian could be reasonably expected to still be looking for a silver lining in its details.

The author Salam Fayyad writes the plan’s introduction citing Prime Minister Yitzhak Rabin’s October 1995 speech before the Knesset had a profound impact on him.

The 1995 speech in which the PM sought in approval for the Oslo II Intermin Agreement by laying out a vision for future Palestinian entity that he described as “less than a state.”

The Trump-Kushner “peace” plan is slick and businesslike, with an aura of objectivity and balance – but it is exactly the opposite and something about it stinks says author Kathryn Shihadah.

Shihadah says there is an elephant in the room regarding the peace plan but the Trump administration, the Netanyahu government and Israel partisans have decades of experience in ignoring whatever is inconvenient to their agendas.

The disenfranchisement and subjugation of the Palestinian people that has gone for a hundred years and is presently so obvious several human rights groups and experts have called it apartheid.

Shihadah says whilst the Trump administration says it wants a future of peace, this plan will not bring it.

Arab News reports the Pope has appeared to give a thumbs down to Trump’s middle east peace plan.

Pope Francis warned against “inequitable solutions” to the Israeli-Palestinian conflict, saying they would only be a prelude to new crises. His comments appear to be a reference to Trump’s peace plan.

Francis made his comments on a trip to the southern Italian port city of Bari.

“The Mediterranean region is currently threatened by outbreaks of instability and conflict, both in the Middle East and different countries of North Africa, as well as between various ethnic, religious or confessional groups,” Francis said.

“Nor can we overlook the still unresolved conflict between Israelis and Palestinians, with the danger of inequitable solutions and, hence, a prelude to new crises,” he said.

My Tweets
We use cookies to help identify your computer so we can tailor your user experience, track shopping basket contents and remember where you are in the order process. WTX News Our Cookie Policy
Fury destroys Wilder
Daily News Briefing: UK hears US Assange case – Israel carries out strikes in Syria & Gaza – Lesotho PM fails to turn up to court for murder charge & N Korea quarantines foreigners
To Top
Weekly