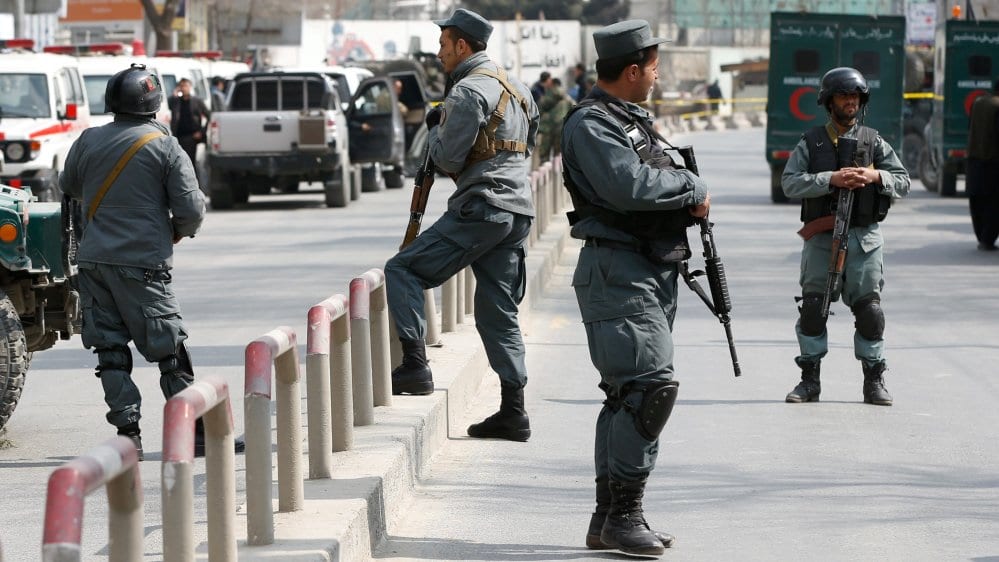 Local government officials said Tuesday that the militants first overran a checkpoint near the base and may have had help getting inside from one of the local policemen.

The details were provided by Mabobullah Ghafarum, a provincial councilman in Baghlan where the attack took place. This account was backed up by a local police official who spoke on the condition of anonymity.

Insider attacks have been steady throughout Afghanistan’s 18-year conflict, with US and NATO troops most often targeted. But when Afghan security forces are targeted, the death and injury tolls are often much higher.

No one has yet claimed responsibility for Monday’s attack. But the Taliban have a strong presence in the area and often target Afghan security forces.

The Taliban currently control or hold favour over around half the county.

The US and the Taliban are currently attempting to negotiate a peace deal which would see around 13,000 US troops return home.