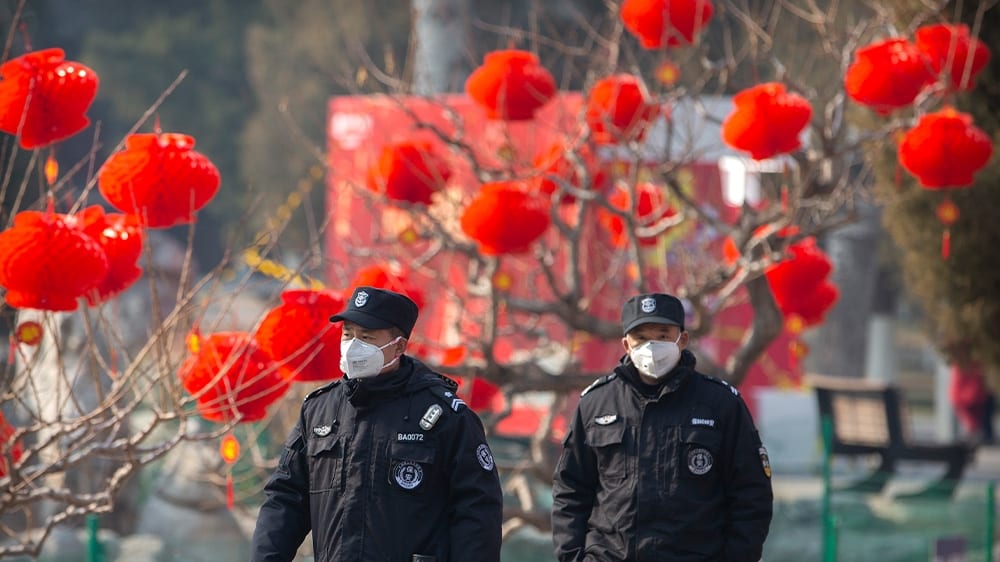 In today’s briefing update, the Sunday papers focus on the government’s plans to rescue Britons trapped by the deadly coronavirus and the fury over HS2 costs.

In our special feature, we take a look at the coronavirus. And ask – how worried should we be? Why haven’t WHO sounded the alarm? What will be the global economic consequences? And look at the core flaws of the Chinese government.

The Sunday Times reports Boris Johnson’s Brexit day celebrations could be overshadowed by a “diplomatic war” with US President Donald Trump over the PM’s plans to give Chinese telecoms firm Huawei access to Britain’s 5G network.

Airlift to save Britons trapped by virus

The Mail on Sunday’s front splash takes a  rather dramatic take on the government’s plans to evacuate more than 200 Brits from Wuhan. The government planned to leave Britons in Wuhan (where the deadly coronavirus was first seen) in a bid to stop the virus from spreading. But have made a U-turn, the paper says, after concluding keeping people there could be a “death sentence.”

The Sunday Telegraph leads with explosive whistleblower claims that the government-owned firm behind HS2 “has been ‘revising’ agreements with firms carrying out the main construction works so that future cost increases will be borne by the company, funded by taxpayers money rather than private contractors.”

The Observer says scrapping the high-speed rail line would cost at least £12bn in write-offs and compensations and would plunge major construction companies into dire financial straits.

The Sunday Express reports Prime Minister Boris Johnson’s pledge that Britain will become a “trailblazer” of global trade after the country leaves the EU on Friday.

The Daily Star on Sunday says Jessie Wallace who plays Kat Slater in Eastenders has been temporarily written out of the show. Eastenders fans will not see the actress for a few months following “crisis talks” with bosses about an alleged “incident” on set. A spokeswoman for Eastenders told the paper it did not comment on artists’ contracts.

Rain will sweep eastwards for most places today, heavy in places. The rain will be followed by brighter skies, a fresher feel and a few showers late afternoon. Breezy too.

Breezy and cold with spells of sunshine but also showers. These will spread in from the south-west, often wintry in nature with a good chance of hail and thunder. Fewer showers in the north-east.

I will accept no blame. And conversely, if Brexit is a roaring success, I will take no credit.
It’s all on you, Leavers. I hope you knew what you were doing. A nation is relying on you now. Good luck everyone. https://t.co/pIMUW75Ntt

How worried should we be?

In today’s special feature we look into the coronavirus and look for answers to some of the big questions.

The Guardian asks how worried should we be?

They say we don’t know how dangerous the new coronavirus is just yet as we await more data. Out of the 800 reported cases, only 3% have died. And there is likely to be more people who have been affected by the virus who have not suffered severe enough symptoms to attend hospital.

Another key unknown is how contagious the virus is. There is no vaccine for the new coronavirus which means it will be harder for the vulnerable members of the population – the elderly or sick – to protect themselves.

The paper says do not panic as the spread of the virus outside of China is worrying but not unexpected. It increases the likelihood the World Health Organisation will declare the outbreak to be a public health emergency of international concern.

The key concerns are how transmittable the virus is and what proportion become severely ill and end up in the hospital. Often viruses that spread easily tend to have a milder impact.

CNN says the WHO should sound the alarm on the new coronavirus.

They say the World Health Organisations decision not to declare the outbreak “a public health emergency of international concern” is ‘baffling’.

More than 1,900 people have been infected and more than 55 have died. China has placed a lockdown on 12 cities affecting around 35 million people. And all outbound international tour groups will be halted.

Despite Wuhan’s crackdown on people accused of spreading “rumours” about the illness, China has taken rapid and strict measures to contain the virus. But CNN says their efforts may not be sufficient given the movement of people who have been infected in the weeks before the lockdown.

The paper says whilst China can mobilise a huge national response to the outbreak, its response to the crisis is also a lesson in how the country’s political weak points can carry grave consequences for world health.

Early news reports first suggested China’s political system might be getting in the way of its ability to confront the coronavirus outbreak.

The outbreak had already infected dozens in China and even abroad by the time it became widely reported.

This seeming delay was a familiar pattern in China, local officials may have played down early warning signs or simply did not coordinate enough to see the problem’s scope.

But more worrying than a suspected cover-up is the weaknesses at the very heart of the Chinese system. “Its rigidly hierarchical bureaucracy discourages local officials from raising bad news with central bosses whose help they might need.”

“That’s why you never really hear about problems emerging on a local scale in China,” said John Yasuda, who studies China’s approach to health crises at Indiana University. “By the time that we hear about it, and that the problem reaches the central government, it’s because it’s become a huge problem.”

The coronavirus, like other health crises before it, is bringing out some of the deepest flaws and contradictions in the Chinese system.

BBC News asks if the virus could damage the global economy.

They say the new deadly virus will have economic consequences but asks how severe and how far will they spread?

Economists don’t want to put any figures on it as it’s still at an early stage. But it is possible to identify what form the impact will take and to look at the economic damage done by previous epidemics – most notably the Sars virus that began in China in 2002.

China has already suffered some economic damage. Travel restrictions have been imposed in some parts of the country at a time when many people travel for the Chinese New Year.  So the tourism business is already being hit.

Wuhan – the epicentre of the virus- is a major transport hub. Travel restrictions are also a problem for any business that needs to move goods or people around. Industrial supply chains will be affected. Some deliveries may be disrupted and some will become more expensive.

BBC News adds customer spending on entertainment and gifts will also be affected. People will be reluctant to take part in activities outside of their home through fear of catching the virus

Taylor Swift opens up about eating disorder and media