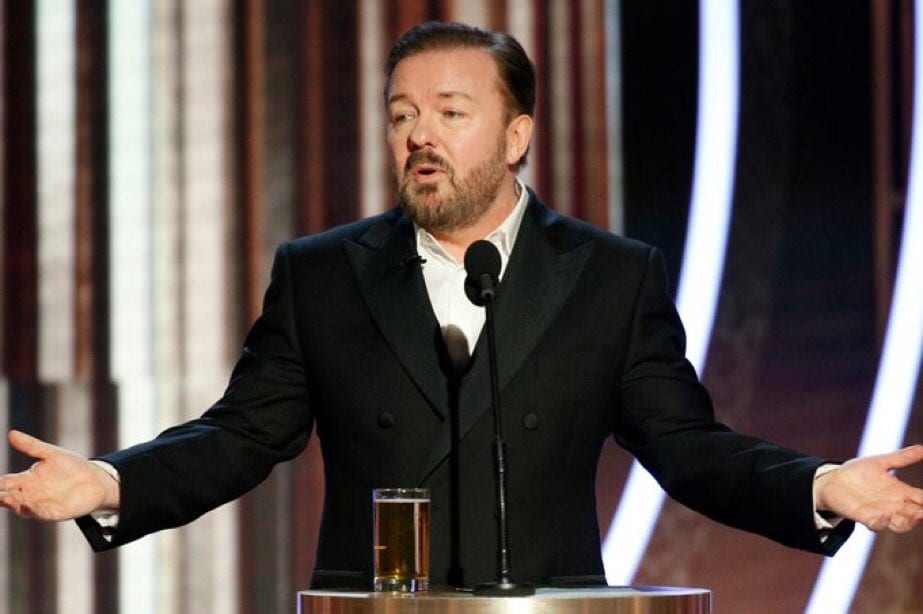 Ricky Gervais returned to host the 77th Golden Globe Awards for the fifth (and final) time on Sunday night, and as predicted it was brutally honest.

“If you win an award tonight, don’t use it as a platform to make a political speech.”

“You’re in no position to lecture the public about anything,” he told the audience during his opening monologue. “You know nothing about the real world. Most of you spent less time in school than Greta Thunberg.”

When Gervais first hosted the award show in 2010, his cutting comments and clever sarcastic style became a masterclass for future hosts. This year’s opening monologue is a reminder of the important role comedians play: ridiculing those who believe they are above ridicule.

This year he pre-empted social media outrage over his politically incorrect gags by telling the audience: “Remember, they’re just jokes. We’re all going to die soon, and there’s no sequel.”

So here are a few of his best jokes

Phoebe Waller-Bridge, Olivia Coleman, Taron Egerton and Sir Sam Mendes are among the big winners at this year’s Golden Globes.

Coleman once again a winner for another Royal role – this time in the TV category, for her portrayal of the Queen in The Crown.

Fleabag writer and star Phoebe Waller-Bridge has been named best actress in a TV comedy at the Globes and the British sitcom is also this year’s best TV series (musical comedy) winner.

In the film categories, Sir Sam Mendes’ war epic 1917 was named best drama and also won him the award for best director.

Egerton picked up best actor (musical or comedy) for his portrayal of Sir Elton John in Rocketman. With Elton also winning in the best original song category.