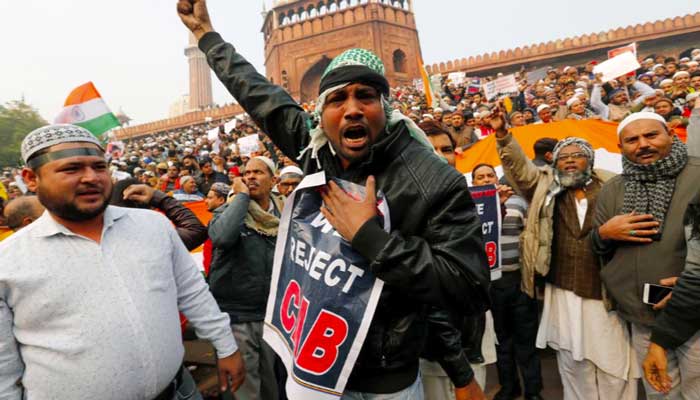 Protest continue in India as the Malaysian PM condemns the actions of the Modi-regime.

Malaysian PM Mohamad while speaking on the sidelines of the Kuala Lumpur Summit condemned the new law and questioned the reasoning behind the adoption of it by a country that claims to be secular.

Protests have now spread over the entire country and further violent clashes have erupted as six more protesters died in India on Friday in fresh clashes between police and demonstrators, taking the death toll to 15 in a week of unrest.

Mahathir Mohammed of Malaysia has spoken on India's #CitizenshipAmendmentAct and condemned the actions of the Indian government. #IndiaAgainstCAA pic.twitter.com/a3IdW5gjcx

The law, which makes it easier for persecuted minorities from three neighbouring countries to gain citizenship, but not if they are Muslim, has stoked fears Prime Minister Narendra Modi wants to remould the world’s biggest democracy India as a Hindu nation, which he denies.

The latest deaths reported are in northern Uttar Pradesh where approximately 40-million Muslims live. The reported figures are under weighed with internet and communications still being blocked. In addition, to these confirmed deaths reports suggest at least 500 people have been reported missing and arrested in the region.

Videos posted on social media show the violent police brutality as demonstrators stand up to the police and army. Police have been seen beating women and students in the streets with batons.

Out of 1000s of messages that have come out of India since y/day, I am tweeting this one particularly as this girl cries & narrates the brutal police action on girls inside the mosque at Jamia Milia Univ in Delhi. Modi Govt is at war with Muslims using fascist Hindutva barbarism. pic.twitter.com/3BmR2fROqj

On Thursday three death and multiple injuries were reported when police opened fire on protesters in the northern city of Lucknow and the southern city of Mangalore.

Opposition parties in India, as well as international Human Rights groups, have raised concerns about the law and the growing protests.

State visits cancelled due to protests

The Indian city of Guwahati, the planned venue for a summit between Abe and Indian Prime Minister Narendra Modi, has been engulfed in violent protests over a controversial citizenship law.

Hours after Bangladesh Foreign Minister AK Abdul Momen said that he was cancelling a visit to India, the country’s Home Minister Asaduzzaman Khan also called off a trip to Meghalaya amid violent protests in the northeast over the Citizenship (Amendment) Bill. Mr Khan was scheduled to visit Meghalaya for an event tomorrow.