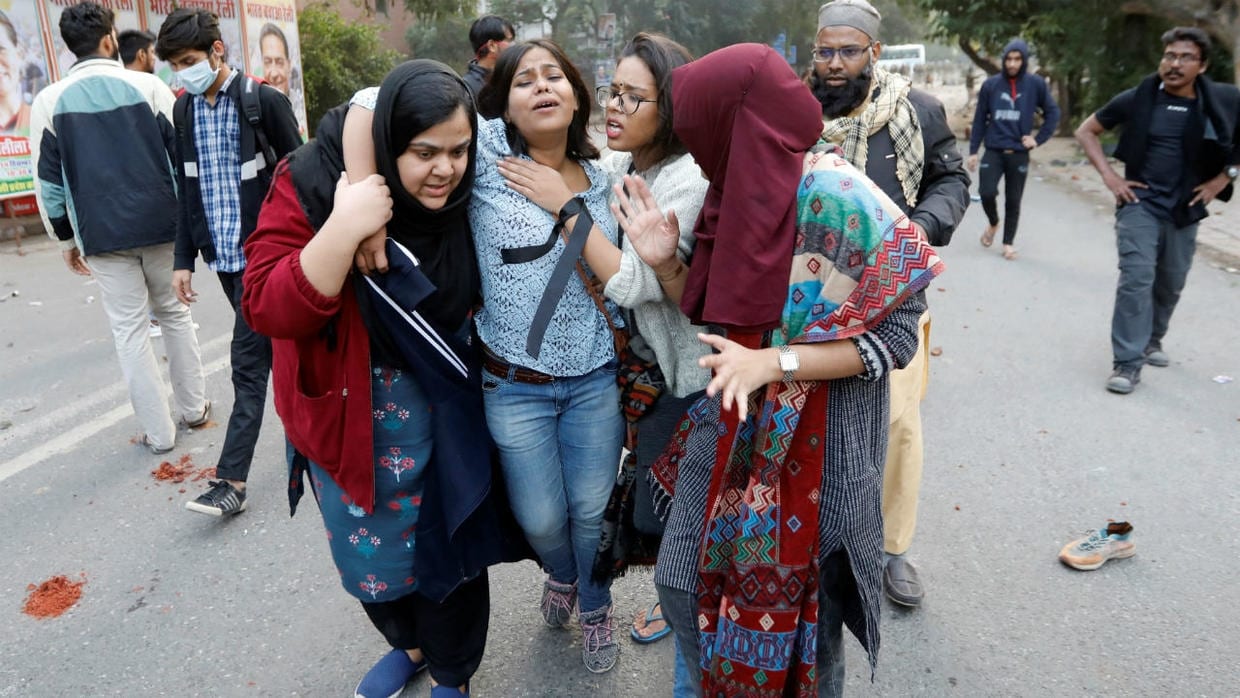 Police fired tear-gas and struck demonstrators with batons on Sunday in India’s capital city, where thousands, including students at the Jamia Millia Islamia University, protested against a new law that will give citizenship to non-Muslims fleeing religious persecution from several neighbouring countries.

The bill fast-tracks citizenship for non-Muslim immigrants from three neighbouring countries, but critics allege it is part of Prime Minister Narendra Modi’s Hindu nationalist agenda to marginalize India’s 200 million Muslims, something he denies.

On Sunday evening thousands took to the streets in the northeast, the scene of days of rioting and deadly running battles with police, while other protests were reported across India in Delhi, Aligarh, Hyderabad, Mumbai, Patna and Raipur.

Shocking violence by the police. https://t.co/S9sgc8MZnK

As Police stormed the university campus, with media outlets reporting as many as 100 students and a dozen officers were injured.

Around 50 people were detained and released after a night behind bars on Monday, police said.

Students insisted in a statement that they disassociated themselves from any violence. They insist the authorities are trying to quash the protest to prevent any further international spotlight on the ‘Anti-Muslim Law’ (CAB) that has been passed.

6 Dead in consecutive days of violence

Authorities in northern Uttar Pradesh have blocked Internet access in western parts of the state following the demonstrations on Aligarh, home to a large university and a sizeable Muslim population.

However, the main epicentre of the protests has been in India’s far-flung northeastern states, long a seething and violent melting pot of ethnic tensions.

On Sunday night in Assam state, following days of rioting and clashes with police that have left six people dead, around 10,000 people protested on Sunday evening, with no major incidents reported.

The UN human rights office said last week it was concerned the law “would appear to undermine the commitment to equality before the law enshrined in India’s constitution.”

Modi on Sunday blamed the main opposition Congress party and its allies for the unrest, while Home Minister Amit Shah called again for calm.

“Culture, language, social identity and political rights of our brothers and sisters from the northeast will remain intact,” Shah said in a speech.

The new law is being challenged in the Supreme Court by rights groups and a Muslim political party, arguing that it is against the constitution and India’s secular traditions.