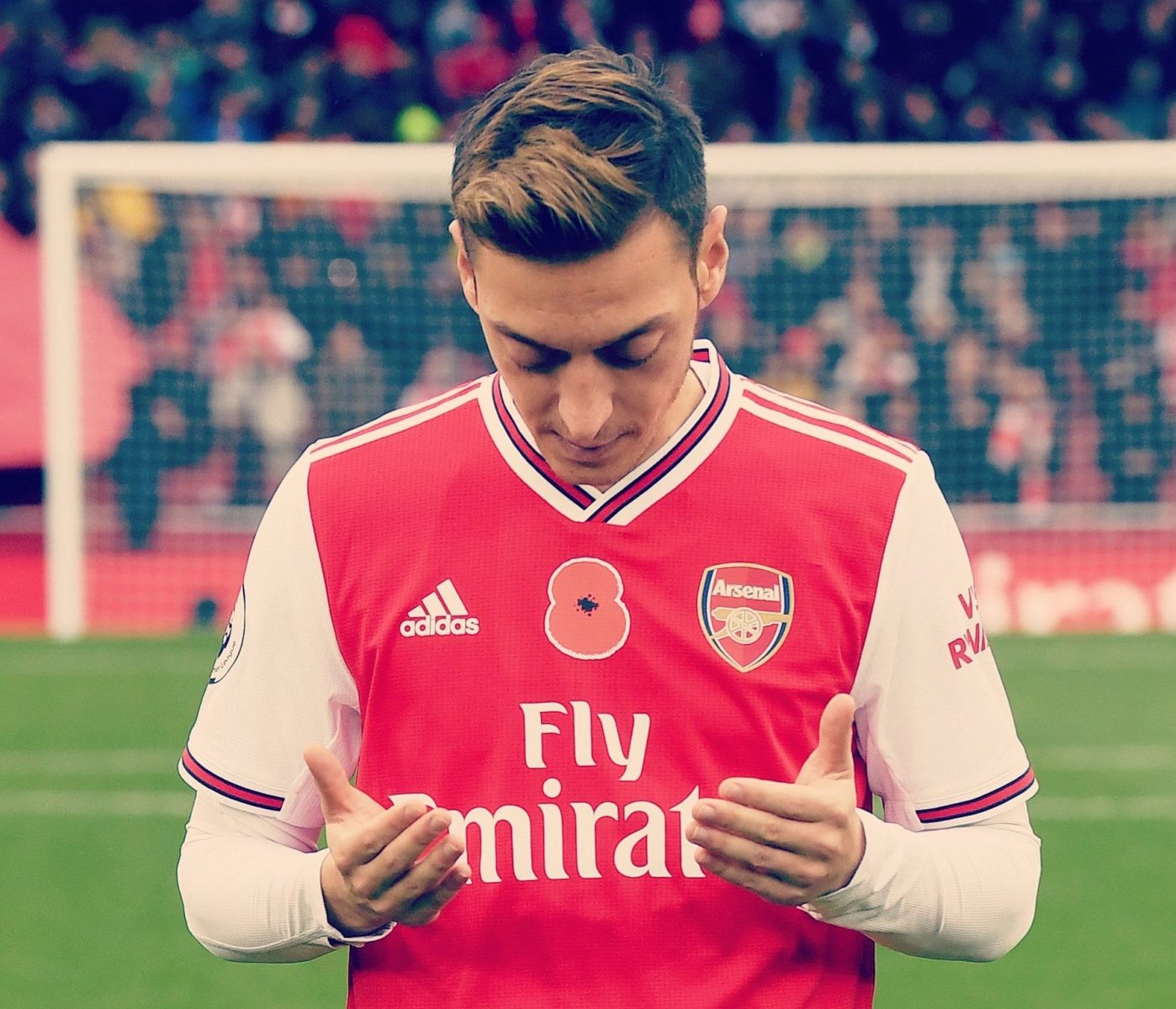 Arsenal’s Mesut Ozil, a German World Cup winning footballer has expressed his dismay over the treatment of the Uighurs. Ozil condemns Muslim leaders for their failure to speak up and stand up for them.

In a tweet he posted on social media he said “Qur’ans are being burnt… Mosques are being shut down … Muslim schools are being banned … Religious scholars are being killed one by one … Brothers are forcefully being sent to camps,”

“Yet, the Muslims are silent. Their voice is not heard,” he wrote on a background of a blue field with a white crescent moon, the flag of what Uighur separatists call East Turkestan.

China has faced growing international condemnation for setting up a vast network of camps in Xinjiang aimed at homogenising the Uighur population to reflect China’s majority Han culture.

Rights groups and experts say more than one million Uighurs and people of other mostly Muslim ethnic minorities have been rounded up in the camps in the tightly-controlled region.

After initially denying the camps, China describes them as vocational schools aimed at dampening the allure of extremism and violence.

Turkey, which takes its name from Turkic people who migrated from central Asia, is home to a growing Uighur community and has regularly raised concerns about the situation in Xinjiang.

In his tweet, Ozil condemns Muslim leaders and said Western states and media had kept the Uighurs issue on their agenda and added: “what will be remembered years later would not be the torture by the tyrants but the silence of their Muslim brothers.”

Mezut Ozil is a global icon in the world of football, having played for Werder Bremen, Real Madrid, Arsenal and Shalke FC as well as winning the Fifa world cup with Germany in 2014.

The 31-year-old footballer, sparked controversy last year when he was photographed with Turkish President Recep Tayyip Erdogan, raising questions about his loyalty to Germany on the eve of their 2018 World Cup campaign.

Ozil later quit the national squad, accusing German football officials of racism. Erdogan was Ozil’s best man when the footballer was married in Istanbul this year.