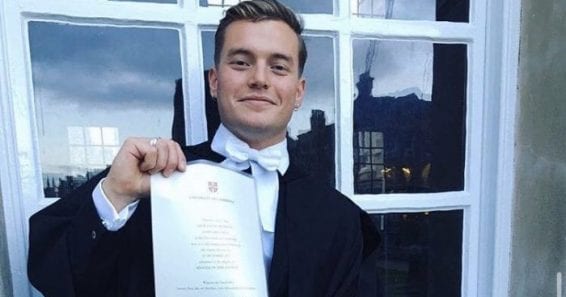 In today’s briefing update, much of the Sunday papers front pages focus is on Friday’s London Bridge terror attack. The papers pay tribute to 25-year-old Jack Merritt – the first victim to be named. The papers also look at how the attack has been thrust into the election campaign – as the PM vows new prison reforms.

In our special feature, we take a look at  Friday’s London Bridge terror attack and how the papers are reporting on it – “Friday’s attack highlights the persistent threat of “lone actor” terrorist who are often radicalised online”

London Bridge Attack: ‘Beautiful spirit who took the side of the underdog’

The Sunday People pays tribute to Jack Merrit, one of two victims killed in the London Bridge Attack. The Sunday People’s front splash calls Jack, 25, a “beautiful spirit who took the side of the underdog” quoting his father.

Read the full story on the Sunday People

Boris vows to lock up terrorists and throw away the key

The Sunday Times leads with the prime minister’s pledge on new ant-terrorism laws if the Tories win the general election. Ian Acheson, a former counter-terrorism official, claims he gave a warning in 2016 that the parole system “could not cope with terrorists” and it was ignored.

PM thrusts terror attack into the centre of the election

The Observer reports at how Friday’s terror attack has affected the election campaign. It, like the Times, leads with the prime minister’s pledge to introduce “ultra-hardline reforms” to terrorists. And Labour’s criticism of cuts to prison services, probation privatisation and the country’s sentencing system.

The Sunday Telegraph says the London Bridge attackers, Usman Khan, 28, attended a Whitehall event under police escort this year and was “regarded as a model convict”. Because of that, his attendance at Friday’s event “was not regarded to be a problem”.

A cold, bright start for most, though some low cloud and fog will affect central areas again. Thereafter, becoming mainly fine and dry, but chilly. A few showers in the far north and far southeast.

Dry, clear and cold across England and Wales with a frost. Skies turning cloudier for Northern Ireland and Scotland though, with some rain across the far north of Scotland later.

“This Leonardo DiCaprio is a cool guy, right? Giving money to torch the Amazon,” Jair Bolsonaro said without presenting any evidence https://t.co/vKgQttBouY

“I’m a connoisseur of roads. I’ve been tasting roads my whole life.” –My Own Private Idaho

In today’s special feature we look at the London Bridge terror attack.

In The Guardian, Sadiq Khan says the London Bridge attack brought “sorrow, bravery – and grave questions”. He praises the bravery of the public who disarmed the terrorist with nothing but a fire extinguisher, a whale tusk and their bare hands. He notes, one of the brave members of the public is an EU citizen. He also praises the emergency services and police for their efforts.

On the other hand, Khan says we saw a man already with terrorist convictions intent on dividing our communities, killing innocent people and threatening our way of life.

Khan says there will be serious questions in the weeks ahead as to how this attack could have happened and whether it could have been prevented.

Khan says since becoming major, he was repeatedly warned of the impact of police cuts on public safety. But the government must also “urgently review the impact of nearly 10 years of funding reductions and ill-advised reforms to sentencing, prisons and the probation service- all of which are at breaking point as a result of budget cuts and botched attempts at privatisation.”

CNN says the attack brings home a chilling reality and raises questions about the Home Office’s decision to lower the terrorist threat level earlier this month.

The article says the Joint Terrorism Analysis Centre made the recommendation to lower the level based on an evaluation of intelligence along with an analysis of terrorist capabilities and intentions. The article believes the destruction of ISIS’s physical caliphate in Syria and Iraq played a role in the assessment.

ISIS has seen a dramatic decline in the recruitment of “foreign fighters”. Back in 2017, the US said as many as 40,000 people from 120 countries had joined ISIS in Iraq and Syria. Today that number has dropped. There has also been a sharp drop in terrorist threats in Europe.

“Friday’s attack highlights the persistent threat of “lone actor” terrorist who are often radicalised online by ISIS or other militant groups,” says CNN. But their capabilities do not match those of trained terrorists like those behind the 2015 attack in Paris that claimed the lives of 130 people.

Both party leaders thanked the emergency services and members of the public who bravely intervened.

Boris Johnson said: “I’ve obviously stopped my campaigning for this evening but we’ll be reviewing the matter in the course of the next few hours.

“Anybody involved in this crime and these attacks will be hunted down and will be bought to justice.”

Jeremy Corbyn said: “We must remain united across all our communities, and we cannot let our democratic process be derailed by acts of terror.

“We are suspending campaigns in London tonight as a mark of respect for those who suffered in this attack.”

Adding: “We will not be cowed by those who threaten us. We must and we will stand together to reject hatred and division.”

REVIEW: The Irishman: A love letter to fading mob glamour – saying goodbye to the Goodfellas