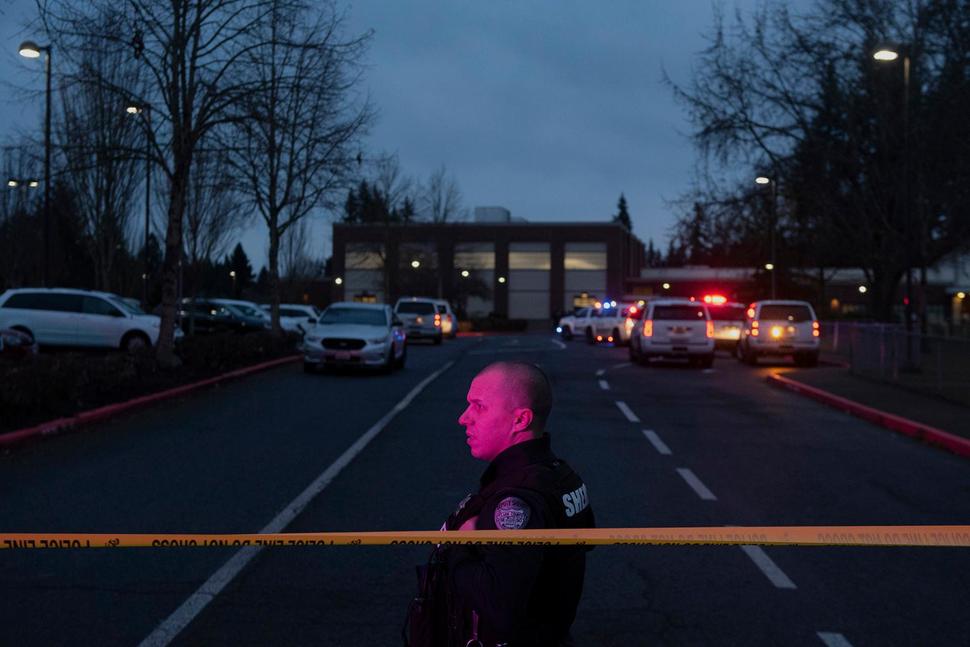 A man shot two adults on Tuesday afternoon in the parking lot of a Vancouver, Washington, elementary school before being pursued by police and shooting himself in the head, in what authorities described as a domestic violence situation.

The initial reports seemed ominous with another shooting in an American school. However, no students or staff members were injured in the incident outside the Sarah J. Anderson Elementary School.

The shootings took place around 3:15 p.m. PST (11:15 PM GMT) when a man walked up to a parked car and shot through the window. Just shooting the two adults and leaving the two children in the backseat alone and then drove off.

Police who responded to the incident immediately took a description of the suspect and his vehicle and took pursuit. Unusually, as the suspect saw the police drawing closer he stopped and got out.

“When he was challenged by deputies, he actually put a gun to his head and shot himself,” Sgt. Brent Waddell, Vancouver Police authority said.

There was a restraining order between the suspect and one of the victims and the suspect was released from jail a few days ago, Waddell said.

Sgt. Waddell declined to comment on the condition of the victims or the suspect, saying only that all three had been taken to a hospital.

There is no active threat to citizens at this time related to this incident and no active shooter at the elementary school, according to the Clark County Sheriff’s Office. The school had already been let out and most of the students have left.