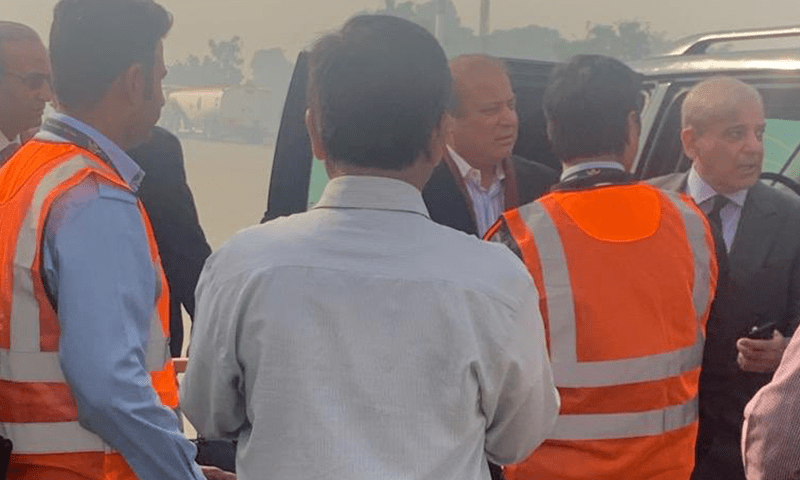 A bitter episode for Imran Khan

According to sources inside the PTI, Imran Khan’s team tried to do as much as they could to appeal the High Court’s decision in what has become a ‘personal bitter episode’ for Imran Khan.

It has been suggested, by the source that if Nawas Sharif didn’t have the public support Imran khan would have gone to extreme measures to prevent his travel.

According to immigration sources, Nawaz’s medical files were handed over to the team travelling with the former prime minister in the air ambulance. Doctors also conducted blood tests prior to the departure.

The ambulance, which arrived at 8:45am at Lahore Airport. Where the former Prime Minister will travel to Qatar first, have another medical test and then he will continue his journey to London.

According to details, seven people are travelling with Nawaz, along with his brother Shehbaz and physician Dr Adnan.

However, his name will remain on the Exit Control List (ECL) even after the court allowed him to go abroad for medical treatment.

Sources said that the name of the former premier will remain on the ECL as per the law, but his exemption according to the court order will be mentioned in the computerised record.

Nawaz will have to produce his passport and the court order before the immigration officials to fly abroad from the Allama Iqbal International Airport in Lahore tomorrow morning.

Sharif departed on a special plane on Tuesday from the city of Lahore, after a court granted him permission to leave for four weeks abroad for medical treatment. His conviction has been suspended for eight weeks on medical grounds.

The 69-year-old Sharif was sentenced to seven years in prison on corruption charges in 2019. After his health deteriorated last month, he was rushed from his cell to a hospital in Lahore. While in hospital, he suffered a minor heart attack.

Three times prime minister, Sharif was removed from office by the judiciary in 2017 over corruption allegations. He denies the charge, saying he was politically victimised.