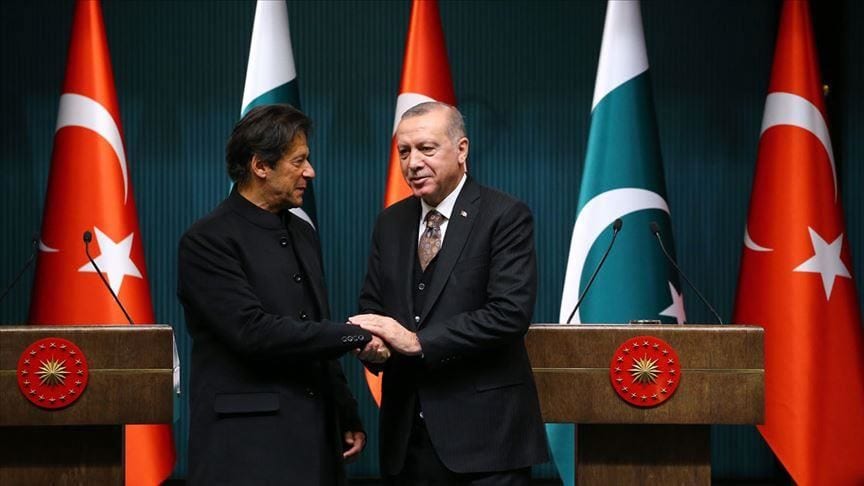 “PTI Govt, with the help of President Erdogan, has amicably resolved the Karkey dispute and saved Pak USD 1.2 billion penalty imposed by ICSID [International Centre for Settlement of Investment Disputes],” Imran Khan said in a Twitter post, in reference to a litigation between Pakistan and Turkish power company Karkey Karadeniz Elektrik Uretim (KKEU).

The ICSID — an arm of the World Bank that offers arbitration and conciliation services for disputes between governments and private foreign investors.

PTI Govt, with the help of President Erdogan, has amicably resolved the Karkey dispute and saved Pak USD 1.2 billion penalty imposed by ICSID.

The KKEU was one of 12 rental power companies, which had been awarded contracts by the government in 2008-09 to meet the country’s increasing power requirements.

The company and the government were later locked in a dispute over alleged breach of contract by the former. The issue, however, was resolved after the KKEU assured to pay a fine of $18 million to Pakistan’s government apart from promising not to go to international arbitration, citing country’s anti-corruption watchdog.

But, Pakistan’s apex court, following petitions from some politicians, struck down the agreement forcing the Turkish company to move to the ICSID in 2013, seeking compensation for the losses it incurred in terms of damage or depreciation.

The contract had been struck down in 2012 in a Supreme Court decision by then- Chief Justice Justice Iftikhar Chaudhry following a petition by Pakistan Muslim League-Nawaz (PML-N) leader Nawaz Sharif, calling for a shutdown of all rental power projects in the country.

Prime Minister Imran Khan did not give details about the exact details of the help lent by the Turkish president to resolve the issue.

Khan had personally requested Erdogan to use his influence to resolve the lingering dispute. According to a senior Pakistani Foreign Ministry official Islamabad’s ailing economy could not afford to pay such a hefty fine.

Relations between the two nations have blossomed in recent years and Prime Minster Imran Khan and President Erdogan share a close and friendly relationship.

In July 2018, the Pakistan Navy signed a contract for the acquisition of four MILGEM-class ships, which can be hidden from the radar.