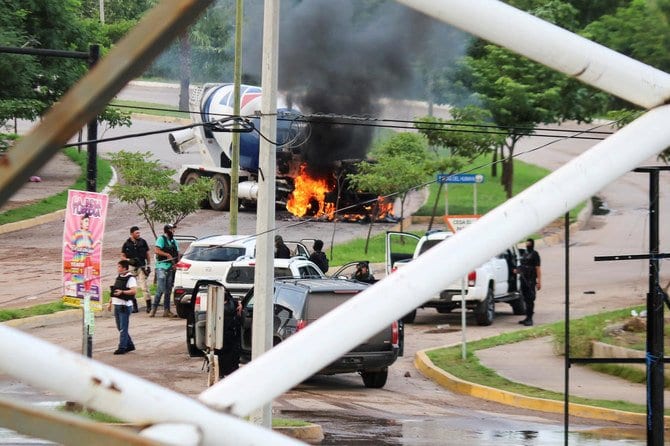 Breaking News: Nine US targets killed in a Cartel attack in Northern Mexico

Breaking News: Nine US citizens have been killed in a reported attack by Mexican Cartel. At least three women and six children were slaughtered by cartel gunmen and one child was still missing in northern Mexico. Relatives said the victims are also US citizens.

Security Secretary Alfonso Durazo said the gunmen may have mistaken the group’s large SUVs for rival gangs. He said six children were wounded in the attack, and five have been transferred to hospitals in Phoenix, Arizona.

Relatives said the victims live in the La Mora religious community in northern Mexico, a decades-old settlement in Sonora state founded as part of an offshoot of The Church of Jesus Christ of Latter-day Saints. They said the group was attacked while travelling in a convoy of three SUVs. The asked not to be named for fear of reprisals.

The relative said he had located the burned-out, bullet-ridden SUV containing the remains of his nephew’s wife and her four children — twin 6-month old babies and two other children aged 8 and 10.

The family has said they suspect it may have been a case of mistaken identity by drug cartel gunmen. Relatives say that the nine U.S. citizens, including six children, were part of the Mormon community in northern Mexico and not drug barons.

The families are members of the La Mora settlement, a decades-old community in Sonora state founded as part of an offshoot of The Church of Jesus Christ of Latter-day Saints.

The FBI has opened an investigation into the killings. It happened Monday near the town of Bavispe, about 100 miles south of the Arizona border. The victims all left their community at the same time in three separate cars, some were travelling back to the U.S., some to a neighbouring town for a wedding.

Mexico’s federal Department of Security and Citizens’ Protection said security forces were reinforced with National Guard, army and state police troops in the area following “the reports about disappearance and aggression against several people.” The troops were searching for the missing community members.

It would not be the first time that members of the break-away church had been attacked in northern Mexico, where their forebears settled — often in Chihuahua state — decades ago.

In 2009, Benjamin LeBaron, an anti-crime activist who was related to those killed in Monday’s attack, was murdered in 2009 in neighbouring Chihuahua state.

The US Embassy did not immediately respond to requests for comment.

Breaking News: Nine US targets killed in a Cartel attack in Northern Mexico