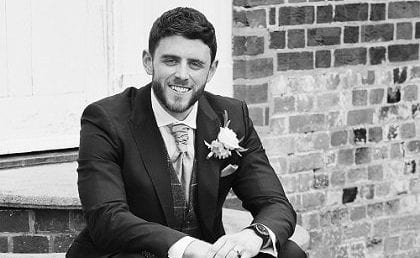 A 20-year-old man has died after being knifed in the chest in south London. A 17-year-old has been arrested on suspicion of murder.

in the line of duty. Harper, 28 was responding to reports of a burglary in Berkshire when he was dragged under a van in August. His wife, who he married just weeks before his death, family and friends are to attend his funeral at Christ Church Cathedral in Oxford on Monday. Police said more than 800 people are expected to attend the service, whilst others will pay their respects along a processional route. Flags across Thames Valley Police’s area will be flying at half-mast.

Read the full story on The Independent

The Guardian says violent and sexual criminals will face drastically heavier penalties under new measures that will form the centrepiece of a Queen’s speech. Foreign national offenders who return to the UK will also face tougher

penalties. On Monday, the Queen will set out Johnson’s priorities for a new session of parliament, including 22 bills. Under the proposals, violent and sexual offenders will serve a minimum of two-thirds of their sentence before being eligible to be released on licence. But prison reformers warned the plans could put staff in danger by taking away hope from inmates. Meanwhile, Priti Patel said the UK has been a “soft touch on foreign criminals” for too long, maximum sentences for foreign nationals who breach a deportation order will be “drastically increased.”

BEXLEY STABBING – MAN,20, DIES AFTER BEING KNIFED IN THE CHEST IN SOUTH LONDON AS BOY, 17 IS ARRESTED

The Sun says a teenage boy has been arrested on suspicion of murder after a man was knifed in the chest in London.

The victim, 20 died in hospital following the stabbing that occurred during a mass brawl in Bexley. Scotland Yard said: “Officers were called at 14:48hrs on Sunday, 13 October to Barnehurst venue, Bexley, following reports of males fighting in the street. Officers attended with the London Ambulance Service. A 20-year-old man was found suffering from a stab injury to his chest. He was taken to an east London hospital, where he died at 17:27hrs. His next of kin are aware.”

Review of the Sunday Papers