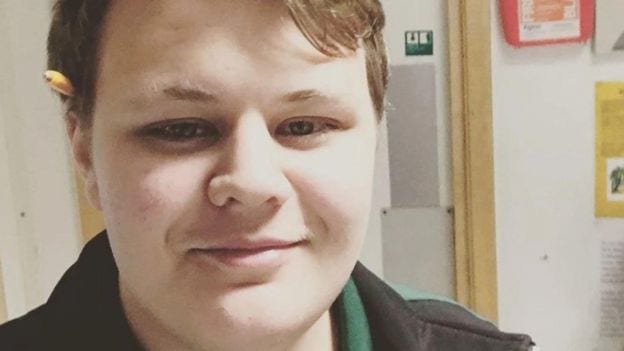 Anne Sacoolas left the UK under diplomatic immunity while police were investigating her as a suspect.

Dominic Raab initially told the family that Anne Sacoolas was covered under diplomatic immunity because Mrs Sacoolas is reportedly married to a US intelligence official during her stay in the UK. Later, British lawyers and Barristers discovered that this was not true.

The Foreign Office said Mrs Sacoolas had diplomatic immunity following the crash, but it no longer applied. On Saturday, Foreign Secretary Dominic Raab wrote to Mr Dunn’s family to explain that the British and US governments now considered Mrs Sacoolas’s immunity irrelevant.

The 19-year-old motorcyclist died in the crash near RAF Croughton in Northamptonshire on 27 August.

About 23,000 individuals in the UK have diplomatic immunity, it means that, in theory, they cannot face court proceedings for any crime or civil case. As long as they do not have British citizenship.

Diplomats are protected under the Vienna Convention on Diplomatic Relations.

However, where crimes are committed, the Foreign Office can ask a foreign government to waive immunity.

Diplomatic immunity is by no means restricted to those named on the Diplomatic List. Drivers, cooks and other support staff who have been accredited to Britain (“the receiving state”) have the same diplomatic status and immunity.

This is not the first time US diplomats have tried to flee the country after killing someone, under the guise of diplomatic immunity.

In Pakistan, a US Diplomat, Raymond Allen Davis, working for the security services, gun down and killed two Pakistani workers in Lahore. Who he had allegedly thought were killers sent to kill him. He tried to flee the scene and country and was apprehended at the airport and detained in Pakistan.

Dunn’s family hopeful of a meeting

The parents of Harry Dunn say they are hopeful about meeting the US diplomat’s wife who was involved in the crash that killed their son.

Mr Dunn’s mother, Charlotte Charles, told the BBC they were stepping in the right direction towards a meeting.

Speaking on a plane to the US, where she hopes to publicise the case, she said: “The statement from [Mrs Sacoolas’s] lawyer is promising, that we may be able to hopefully get a meeting put together.

My Tweets
We use cookies to help identify your computer so we can tailor your user experience, track shopping basket contents and remember where you are in the order process. WTX News Our Cookie Policy
UK News Briefing: PC Andrew Harper, Queen’s Speech and knife crime make today’s headlines
Breaking: Teen Iraqi boy found on a beach trying to get to Britain!
To Top
Weekly