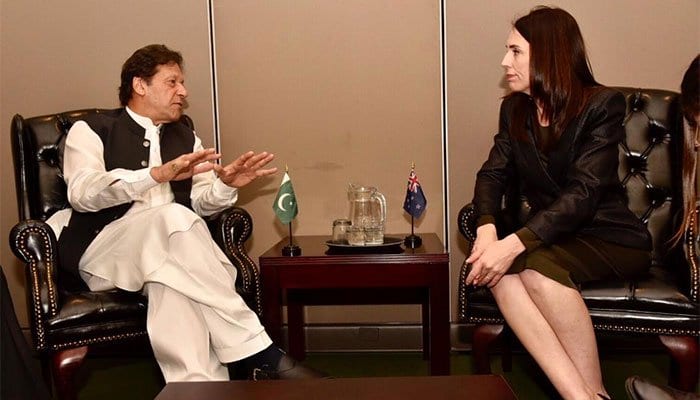 The two leaders discussed the global issues arising from prevalent Islamophobia and the challenge of anti-Muslim sentiments.

PM Imran also discussed the NZ premiere on the plight of Kashmiris in Indian occupied Kashmir, highlighting the danger of massacre in the valley.

In March, more than 50 Muslims were killed and several wounded in separate attacks on two mosques in Christchurch, New Zealand.

The attacker, Brenton Tarrant, a white supremacist, had live-streamed the attack on Facebook. He was charged with 51 counts of murder, 40 of attempted murder and engaging in a terrorist act.

The incident had plunged the country in deep shock. However, PM Ardern received massive praise from around the world for her handling of the situation and standing by the Muslim community at the time.

PM Imran Khan-led the Pakistani delegation at the UN headquarters as the Secretary-General Antonio Guterres opened the annual debate for the UNGA 74th session. He is due to highlight several issues including the plight of the Kashmiris and the ongoing struggle in Afghanistan.