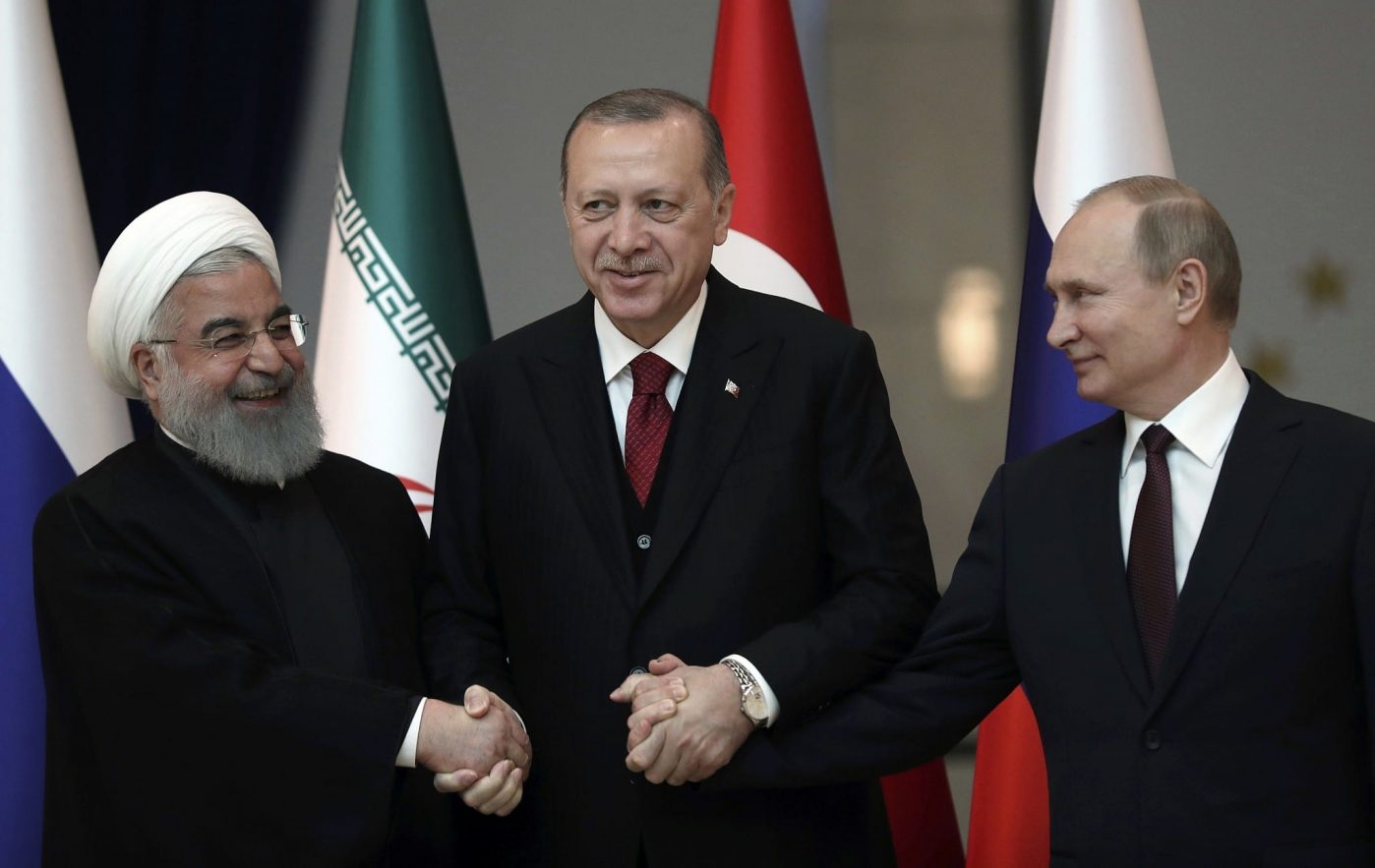 President Recep Tayyip Erdogan hosted his Russian and Iranian counterparts on Monday for their latest summit on Syria, vowing to work together to tackle the crisis in the last rebel-held bastion of Idlib.

Presidents Vladimir Putin and Hassan Rouhani met Erdogan for separate talks in the Turkish capital before they all sat down for their fifth summit on the conflict since 2017.

Iran and Russia have been staunch supporters of Syrian President Bashar al-Assad, while Turkey has called for his ouster and backed opposition fighters.

But with Assad´s position looking increasingly secure, Turkey´s priority has shifted to preventing a mass influx of refugees from Idlib into Syria´s northwest.

The statements to the press were short on specifics, but Erdogan said the talks were “productive” and that they had taken “important decisions”.

“We are in complete agreement in aiming for a lasting political solution for Syria´s political unity and territorial integrity,” he said as the summit began.

Turkey is concerned over the steady advance of Syrian forces, backed by Russian airpower, despite a series of ceasefires.

Turkey has 12 observation posts in Idlib to enforce a buffer zone agreement struck a year ago with Russia to prevent a full-scale Syrian offensive.

But the posts look increasingly threatened, with one cut off from the rest of Idlib when Syrian forces advanced last month.

Its hard to ignore the ‘elephant in the room; high on everyone´s mind at the summit was the weekend attack on Saudi oil facilities, which Washington has blamed on Tehran, deepening bilateral tensions and putting the region on the brink of further conflict.

But despite that the summit was successful, the final summit statement said the three leaders were “alarmed about the risk of further deterioration of the humanitarian situation in and around (Idlib) as a result of continued escalation and agreed to take concrete steps to reduce violations.”

They also said they had agreed on the composition of the long-mooted constitutional committee to oversee the next stage of a political settlement in Syria. And the focus has been on countering Israeli and US involvement.

“The presence of American military forces in a United Nations member and independent country such as Syria endangers its territorial integrity and national sovereignty,” Rouhani said at the start of the summit.

“American forces should leave the country at once.”

Iran´s concerns were partly reflected in the final statement, which said attacks by Israel in Syria were “destabilising” and a violation of Syrian sovereignty.