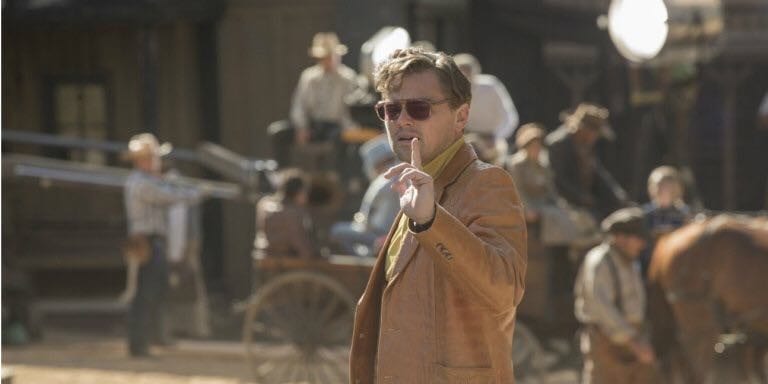 Last week The Hollywood Reporter wrote an article naming Leonardo DiCaprio as the “last Hollywood movie star.” In an age of pre-branded franchises and social media currency DiCaprio has remained at the top of the A list. He has rightfully earned his position- his on-screen talent, marketable good looks and the carefully crafted air of mystery that surrounds him. But, with the popularity of on-demand Film and TV, social media and blurred lines of celebrity have we witnessed the death of Hollywood?

The article was written ahead of the release of Once Upon A Time In Hollywood. A Tarantino film exploring the declining career of film star Rick Dalton (DiCaprio) as he tries to navigate around an industry he no longer recognises. A problem DiCaprio hasn’t faced. Whilst DiCaprio hasn’t struggled to stay a working actor, unlike the film, he hasn’t compromised either. He’s remained a movie star, working with A-list Directors avoiding the pre-branded franchise seat fillers that signify the death of Hollywood.

The piece heavily criticised actors with busy and constant schedules. It took aim at franchises, superhero movies and family fun made for box office success films. There was a real sense of industry snobbery around the article, still, I agree DiCaprio is Hollywood’s last true star.

The success of Silicon Valley

Like the film, Hollywood as we know it is rapidly changing. The Hollywood I grew up with has almost died out. The success of streaming- sites and on-demand TV and film has hit the industry. The modern “movie stars” are a jack of all trades – actors/writers/producers- anything they can attach themselves too. But is it bad? No. The new generation of actors is simply the most overexposed, the line between actor and celebrity has blurred. They are having to constantly fight to remain relevant. Social media is their agent.

DiCaprio still stands out, he remains at the top as both an actor and a movie star. It’s hard to name a film of his that hasn’t been successful- both critically acclaimed and a box office smash. He’s worked hard to keep the air of mystery that surrounds him- a privilege modern actors no longer have.

As new actors try to navigate the conveyor belt of the modern industry, and Hollywood studios compete with the tech giants of Silicon Valley, it’s fair to say Hollywood, as we know it, is dead and DiCaprio was its last true movie star.

Whilst you’re here: Check out the Saudi Film Festival