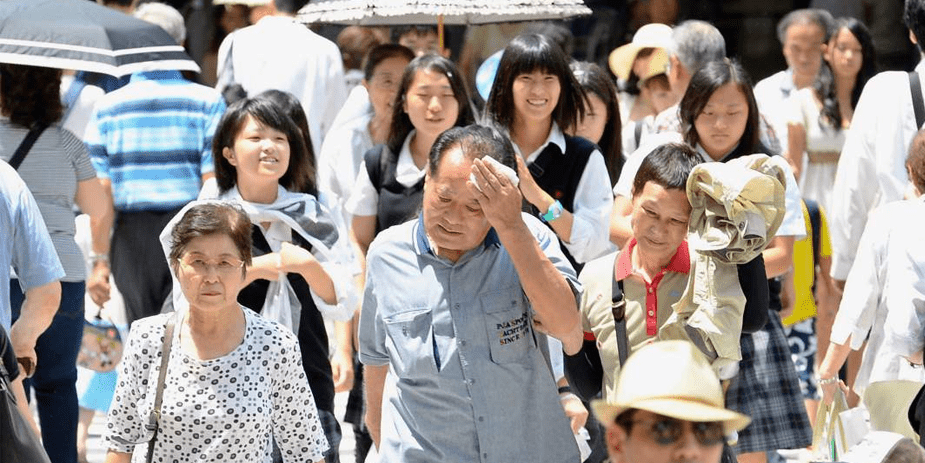 5,664 people were taken to hospitals and 11 killed in Japan

5,664 people were taken to hospitals and 11 killed in Japan due to heat-related medical issues last week when temperatures rose sharply following the end of the rainy season in most areas, the government said Tuesday.

The number of people sent to hospitals nearly tripled from 1,948 in the preceding week. Those age 65 and older accounted for 52.6 percent of the total in the week to last Sunday.

Hirakata’s highest temperature on Sunday was 33.2 C, and the figure was at 28.7 C at 8 p.m., according to the Meteorological Agency.

Monday also saw more than 400 people rushed to the hospital, with Tokyo seeing the largest number at 121. Three people, ranging in age from their 60s to 80s, showed serious symptoms. The highest temperature of 37.2 C was recorded in the town of Ibigawa, Gifu Prefecture. The temperature also hit 37 C in Kamaishi, Iwate Prefecture.

About 80 percent of the 926 monitoring posts across the nation marked 30 C or higher, the Meteorological Agency said.

The temperature between Monday 6 p.m. to Tuesday 6 a.m. in the city of Sapporo did not go below 25 C, the first time that has happened in five years.

As temperatures are likely to remain above average in Japan in the upcoming week, the agency urged people to stay hydrated and take occasional breaks.

Last year Japan’s weather agency declared a natural disaster as the heatwave sweeping the country killed 65 people in one week.

At the time a spokesman warned that “unprecedented levels of heat” were being seen in some areas.

In total, more than 22,000 people had been taken to hospital with heatstroke, nearly half of them elderly.