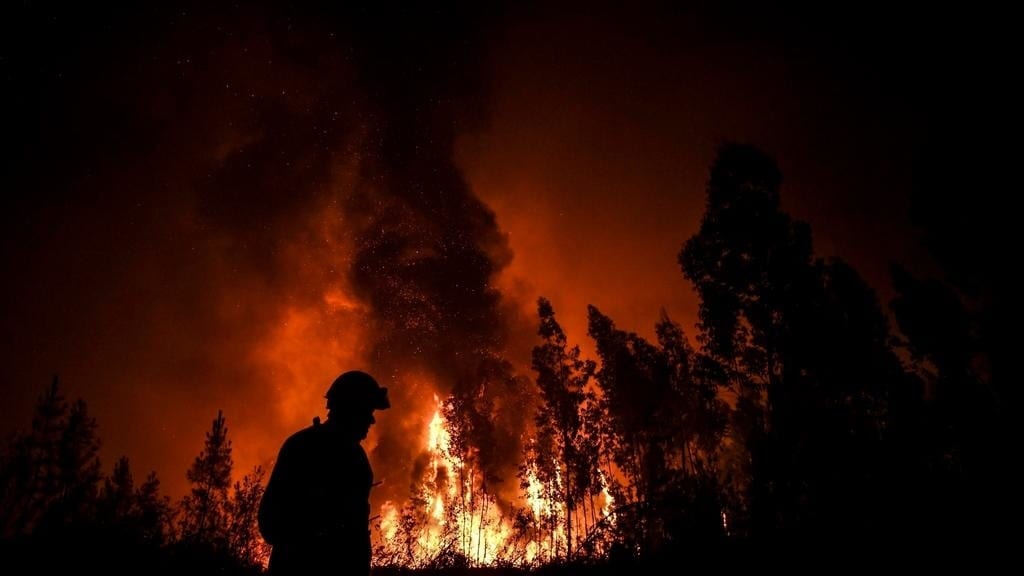 More than 1,000 firefighters battled a major wildfire on Monday amid scorching temperatures in Portugal

Latest From Portugal: More than 1,000 firefighters battled a major wildfire on Monday amid scorching temperatures in Portugal, where forest blazes wreak destruction every summer.

About 90% of the fire area in the Castelo Branco district, 200 kilometers (about 125 miles) northeast of the capital Lisbon, was brought under control In the evening.

And during cooler overnight temperatures most the blaze was under control, according to local Civil Protection Agency commander Pedro Nunes.

In the process 39 people were injured, some with serious injuries who are being treated at nearby hospitals.

It is understood that firefighters and engines will remain onsite as they expect the scorching temperature in the afternoon to trigger further outbreaks.

Temperatures were forecast to reach almost 40 C, a spell of blistering heat that has hit northern Europe this week.