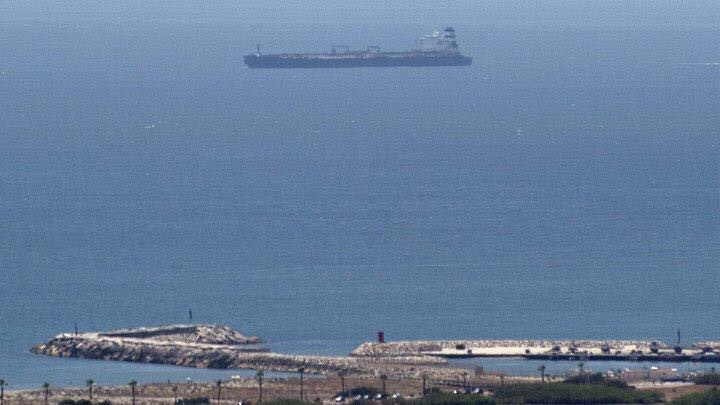 The move indicated that the UK follows the hostile policies of the US, which is unacceptable for the Iranian nation

Trumps wishes have been granted as the retaliation by Iran will be enough to get the British on his side to start the war against Iran.

On Friday News broke that an Iranian official said a British oil tanker should be seized if the detained Iranian ship is not released.

The Royal Marines aided officials in Gibraltar to seize the super-tanker Grace 1 on Thursday, after it was suspected of carrying oil from Iran to Syria, in breach of EU sanctions.

A court in Gibraltar has ruled the ship can be detained for a further 14 days.

Iran said it was a “form of piracy” and Mohsen Rezaei said Iran would respond to bullies “without hesitation”.

Despite the allegations by the US and the UK, Gibraltar officials have said there was no reason to believe the ship was carrying Iranian crude oil to the Baniyas Refinery in the Syrian Mediterranean port town of Tartous.

Iran’s Foreign Ministry condemned the initial seizure of the vessel as illegal and accused the UK of acting at the behest of the United States.

Iran’s threat to retaliate against the impounding of its super-tanker is an indication of how hurt Tehran is by the UK’s action.

In the eight years of war in Syria, this appears to be the first time Iran’s supply of oil to its ally has been interrupted, even though EU sanctions have existed for almost the whole duration.

The episode also reflects worsening relations between Iran and the UK over a range of issues – particularly the continued imprisonment of the alleged British spy Nazanin Zaghari-Ratcliffe.

Iran is looking for ways to respond to what it sees as illegal and an act of piracy. It has the capability to take over a British ship in the Gulf and would see such a move as proportionate.

Earlier this week following the incident an Iranian spokesman said the UK ambassador in Tehran has been summoned over the “illegal seizure” of the ship.

“The move indicated that the UK follows the hostile policies of the US, which is unacceptable for the Iranian nation and government” He added.

The US requested the seizure of the ship according to Spain’s foreign minister.