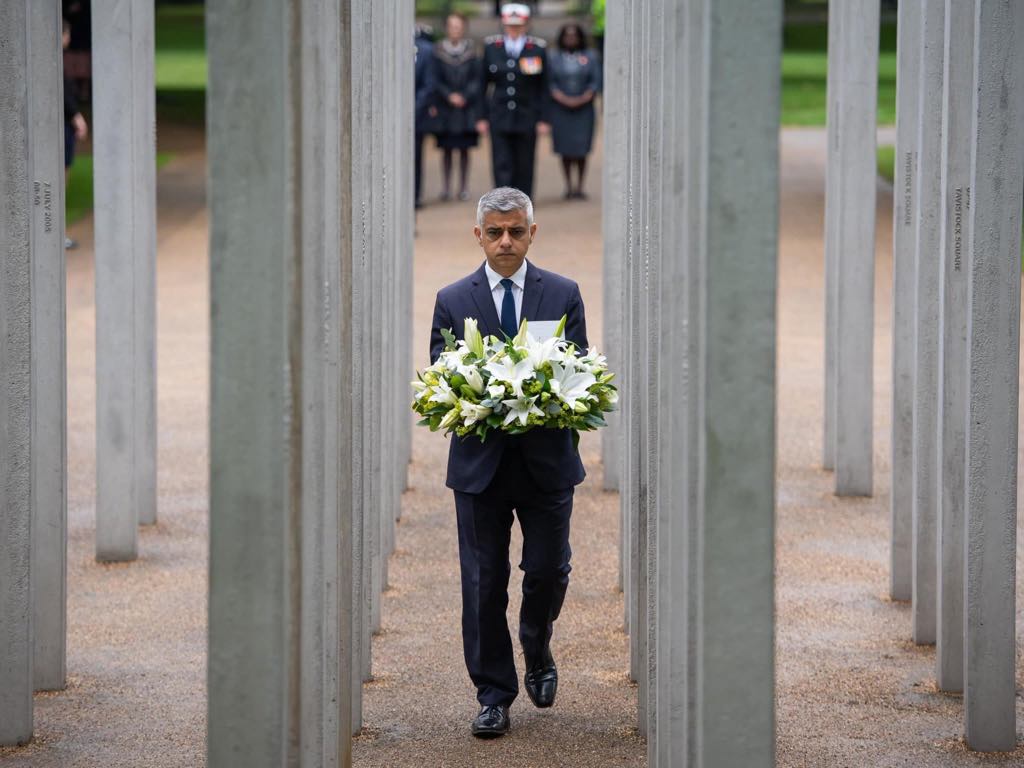 Mayor of London Said Khan pays tribute on the anniversary of the July 7th bombings.

Sadiq Khan stood side by side with Police chiefs’ as he honoured the lives of the 52 victims of the 2005 terrorist attack, reports The Independent.

Leading the tributes on the 14th anniversary the London Major, laid a wreath in remembrance. He praised members of the public and emergency services who rushed to help the injured that day.

“Londoners showed resilience and unity in the face of huge adversity in 2005, and sadly our city has faced difficult times since then,” he said.

More than 700 people were left with life-changing injuries when four terrorists detonated devices on London Underground trains and a bus on 7 July 2005.

Although the home secretary, Sajid Javid, did not attend the ceremony he also paid his respects, by tweeting: “We will never forget the 52 lives that were lost and the hundreds injured in the 7/7 attacks. Fourteen years on, our strength and resolve in the fight against terror remain undimmed. #WeStandTogether.”

Mr Khan stood side-by-side with the chiefs of the Metropolitan Police, British Transport Police and City of London Police, who also laid flowers in Hyde Park.