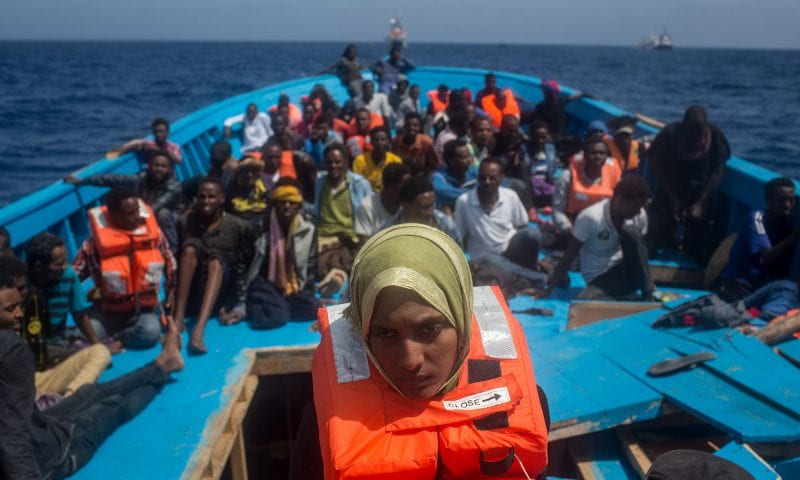 Migration into the EU is up by 15%

Immigration on the rise in the EU, So far in 2019, applications for asylum in the EU are up by 15 per cent, higher than last year, especially for Turkish and Venezuelan nationals.

Those were the statistics provided by the European Asylum Support Office (EASO) on June 11.

In April 2019, more than 54,500 applications for international protection (political asylum) were lodged in the EU. The figure for April was slightly lower than March but was higher than in April 2018.

One in four applications that were submitted logged by nationals of the three main countries of origin: Syria, Afghanistan and Venezuela.

All these citizenships, however, lodged fewer applications than in March. Also for the other citizenships in the top 10, applications decreased (for Iraqi, Colombians, Nigerians, Georgians, Iranians and Pakistani).

Venezuelans and Turks flock to Europe

There was one exception: Turkish applicants, the seventh main citizenship of origin in April, increased by 26  per cent, but remained in line with the first months of the year.

Turks, together with applicants from several Latin-American countries, were much more significant than a year ago.

Notably, applications by both Turks and Venezuelans increased by more than 50 per cent, whereas applicants from Colombians almost tripled compared to April 2018.

The EU’s war on immigration

A new government security and immigration bill was signed into force by Italy’s president Sergio Mattarella on 14 June 2019. According to the bill, boats entering Italian waters in violation of international law or ignoring the orders of the Italian authorities can be fined up to €50,000.

In 2017 the EU started paying and training African countries to keep migrants away from Europe. This change to Operation Sophia included the EU training the Libyan coastguard and navy.

At the end of April, close to 434 000 cases were awaiting a decision in first-instance. While this stock decreased for many citizenships, the opposite was true for Latin-American nationals.

Immigration into the UK

In the UK more EU citizens are still arriving in Britain than leaving in the wake of Brexit.

But long-term immigration from Europe has dropped to the lowest level for five years in 2018, while arrivals from outside the EU have been rising.

The Office for National Statistics (ONS) said patterns of migration to the UK for work had been changing since the 2016 Brexit referendum.