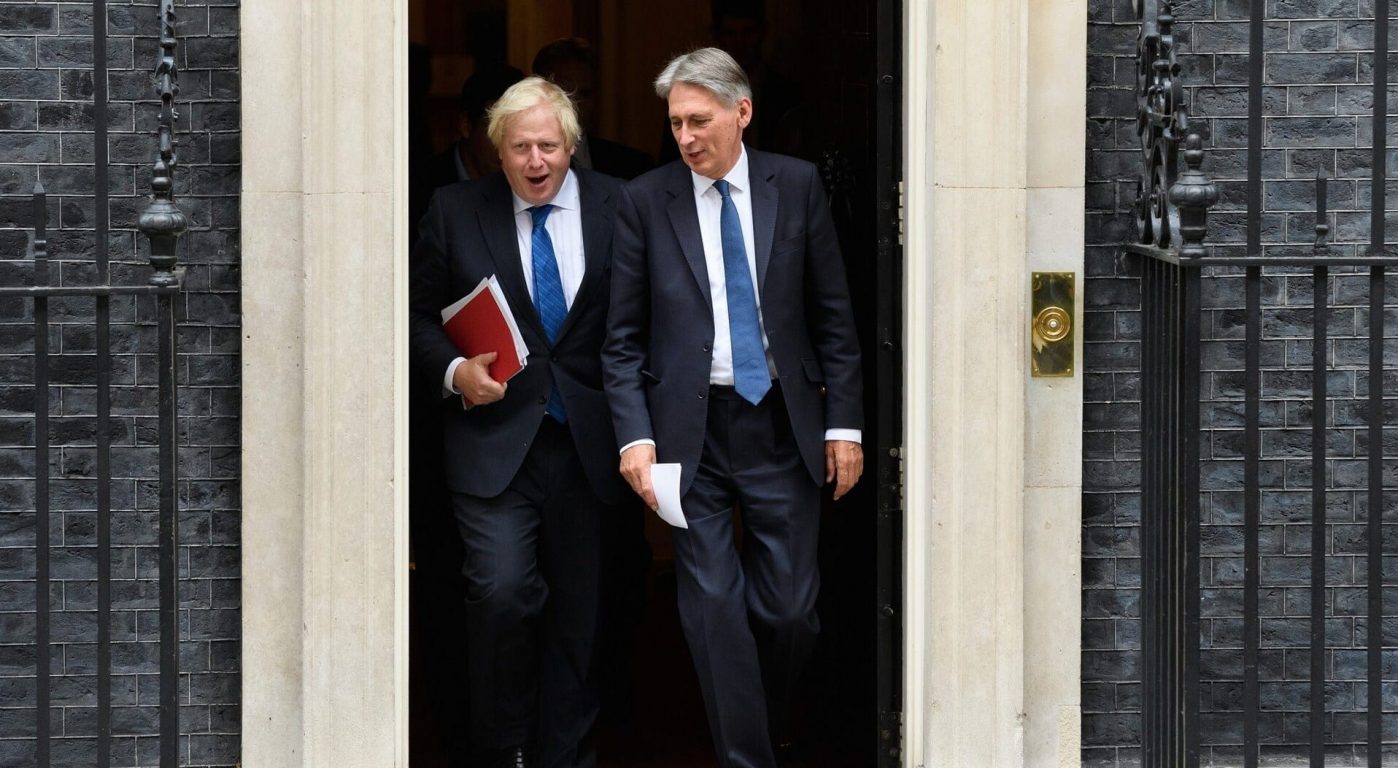 The remaining four Conservative leadership candidates faced off in a second debate broadcast on the BBC on Tuesday evening and today the candidates will be voting to narrow the contenders down to two.

Boris Johnson increased his lead Tuesday in the race to become Britain’s next prime minister as one of his rivals was eliminated in a party vote, leaving a five-strong field.

And in his flamboyant style, he warned the Tory lawmakers that they should back him before the country loses its confidence in Parliament. And the Conservatives face “potential extinction” if they do not get Brexit done.

Philip Hammond is set to warn that a no-deal Brexit would harm the British economy, devour a £26.6bn Brexit war chest, and risk the break-up of the UK.

The chancellor is expected to say that Conservative candidates who are vying to be the next prime minister that they must come up with a Brexit plan “B”.

If they do not, he will hint that a second referendum could be needed to break the Parliamentary deadlock.

So far Boris Johnson looks like a clear favourite winning 126 of the 313 votes cast Tuesday in a second-round ballot of Conservative Party lawmakers, all but guaranteeing he will be one of the final two candidates in a runoff that will be decided by party members.

The candidates focussed once again on Brexit, and this time leadership favourite Boris Johnson was present after he refused to participate in a Sunday night debate on Channel 4.

The candidates largely agreed that they wanted to leave the EU by October 31st, but no one was willing to raise their hand to guarantee that Brexit would happen by that date.

Dominic Raab, was knocked out in the first ballot as he who tried to vie with Johnson for the votes of committed Brexit supporters, got 30 votes, three short of the threshold needed to go through to the next round.

International Development Secretary Rory Stewart was knocked out of the contest on Wednesday evening after he only secured the backing of just 27 Tory MPs.

After the Tory lawmakers have whittled the list down the final two contenders will go to a postal ballot of all 160,000 Conservative Party members nationwide.