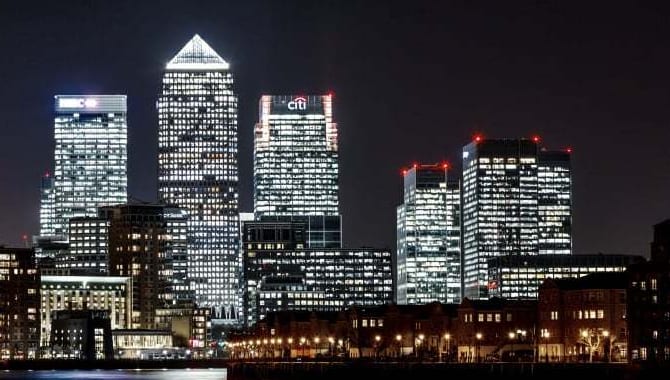 Britain’s financial sector encountered a major event a few days ago in glittering Canary Wharf, the bustling financial area stacked with polished skyscrapers like One Canada Square where I used to work for the Daily Mirror newspaper in the 90s.

However, the occasion, a seismic one, in my opinion, passed off without barely a headline as the European Banking Authority (EBA) closed its office.

It reopens this week … in Paris, marking the beginning of what could be the end of London’s influence as the European financial capital of the world.

The closure is, without due, due to Brexit and the fate of the London offices of the EBA was sealed back in January 2017 when Prime Minister Theresa May told the world that Britain would be quitting the EU’s Single Market as well as ending the influence and jurisdiction of the European Court of Justice.

Despite the arrogance of some Brexiteers who waved their hands in a dismissive fashion, plans got underway to pull the EBA out of the UK. Other equally important organisations like the European Medicines Agency would follow suit.

There is absolutely no way any of these Single Market institutions falling under European Union laws and legislation could remain in the English capital despite the huffing and puffing of the ever-changing Brexit team employed by May.

Nor should any of us underestimate the importance of the EBA. This institution is responsible for defining and enforcing the single rulebook governing European banking. It will play a central role in the European Banking Union and already administers the European bank stress tests.

And it really matters not who is the next Prime Minister – Boris Johnson, Michael Gove, Esther McVey or the numerous other contenders whose names I’ve already forgotten – but other financial institutions forming the cornerstones of the City of London will quietly depart as well.

Nearly three years on since the Brexit madness began, and there is still no agreement that would preserve existing access to the EU for City institutions. In fact, for those of you who may have forgotten, Britain is still in the EU and will remain so until at least October 31 although there’s a good chance the outrageous limbo we’ve put ourselves in could continue indefinitely.

It’s not just the closure of the EBA we should be worried about. Driving through the City recently I saw once-popular restaurants with tell-tale for-sale hoardings and lease-to-let signs, others had simply read the runes and disappeared. There will be a domino effect on all the support businesses which exist off the back of the London financial sector and its employees.

Sadly, London-centric Brexiteers refuse to look into the future and accuse people like me of being part of the so-called Project Fear. It’s not true. I have a great love for London and still have a home there in what I believe was one of the most important cosmopolitan capitals in the world.

The truth is London’s financial sector is crumbling as European banks prepare to shift their HQs and operations elsewhere in Europe where attractive deals are being cut over favourable rates in Dublin, Paris, Frankfurt and Luxembourg.

Sadly because of the ‘greed-is-good’ culture of the 80s and 90s and the obscene excesses embraced by the banking industry during the period which heralded in austerity, there’s little sympathy to be had for those who inhabit the murky world of banking.

Memories of the financial crash, bank bailouts and the austerity all of us endured is still raw but the view that the financial industry is getting its just rewards is myopic.

Like it or not, the financial sector’s existence in the English capital brings in much-needed revenue and highly lucrative investment and without this regular cash injection London, which props up so much of the UK economy, will struggle even more.

Some Brexiteers see this as an opportunity to create a sleazy offshore financial centre on the EU’s doorstep but does London really want to become another offshore banking haven where the filthy rich, tax dodgers, evaders, dodgy dealers, despots, tyrants and crime syndicates can thrive and profit?

Looking at the hard Brexiteers lining up in the race for 10 Downing Street, I fear that last question is rhetorical.