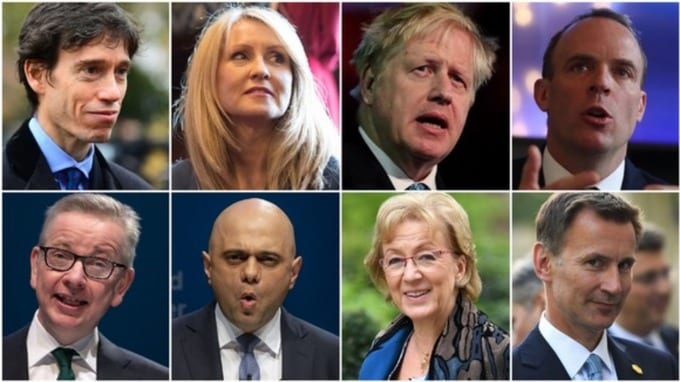 The plot thickens as Bercow refuses to go, while Boris prepares for a day in court & a cast of many jockey for Theresa’s job

Did you really think it would be that easy? – The plot thickens as Bercow refuses to go, while Boris prepares for a day in court

If this was Game of Thrones, the author George R. R. Martin would be told to rewrite the script because it’s too far-fetched.

I am of course talking about the bear pit which is the Tory Party Leadership contest now that Theresa May has thrown in the towel plus other antics and shenanigans at Westminsteros.

Set aside for the time being the back-stabbing, treachery and betrayal of the leadership infighting, the Commons Speaker John Bercow has dropped a bombshell by announcing he has no intention of stepping down, as expected, this summer.

The defiant Speaker Bercow reckons Brexit is just too important for him to quit until the job is done so it looks as though he’ll be in post for as long as Brexit continues. His detractors are furious, reminding him that ten years ago when he was first elected he vowed he would stay in office no longer than nine years!

He’s not the first Speaker to incur the wrath of the powerful – seven previous incumbents were beheaded but it is unlikely his demise when it comes, will be that violent or brutal.

In the meantime, Boris Johnson has more on his mind than the Tory Party leadership. Yes, really!

On Wednesday the 13th-century laws about misconduct in public office were invoked over claims he lied by saying the UK gave the European Union £350m a week.

Bojo made the claim during the 2016 EU referendum campaign.

Now a private prosecution launched by campaigner Marcus Ball, who crowdfunded £200,000 for the case, means Johnson will have to go to court and submit himself before a preliminary hearing at Westminster Magistrates’ Court.

From there it is expected the case will then be sent to the Crown Court for trial. In terms of timing, this is not good for the blond Brexiteer who has thrown himself in as a contender for the keys to Number Ten.

Johnson faces three allegations of misconduct in public office, between 21 February 2016 and 23 June 2016 – after he had announced he was backing Leave, up until the referendum vote – and 18 April 2017 to 3 May 2017 – during the general election that year.

Lewis Power QC, who represents Ball, said Johnson’s conduct had been “both irresponsible and dishonest” and District Judge Margot Coleman ruled there is sufficient evidence to establish a prima facie case.

This drama in Westminster is set to run and run

And those who’ve put their hat in the ring for the job of Prime Minister are many, almost as long as the cast for Ben Hur!

Meanwhile, the unhappy campers in the Labour Party tent are sniping at each other again over the rush to expel former spin doctor Alastair Campbell from the party.

The act was “spiteful”, according to the party’s deputy leader Tom Watson who himself is about as popular as a bag of pork scratchings at a Ramadan feast within some corners of Labour.

Tony Blair’s former spin doctor was unceremoniously booted out after revealing he had voted for the Liberal Democrats in the European elections.

According to Labour’s rules, this sort of behaviour is “incompatible” with being a loyal member. Campbell says he will appeal. And so we can expect a summer of discontent as this latest saga rolls on.

And just to keep voters on their toes it now seems the leader Jeremy Corbyn may just back a second referendum!

Up North, the Scottish National Party was busy paving the way for new legislation for Scottish independence.

The race to replace the Prime Minister

Led by Nicola Sturgeon, the Scottish government wants to have another independence referendum in the second half of 2020.

There are naturally rumblings and grumblings among the ranks of Scottish Conservatives and Scottish Labour but, judging from their performance in the European elections, they’re about as popular as the dreaded White Walkers these days.

Expect more twists, turns, drama and political executions over the coming weeks. Now that Game of Thrones is over we may as well switch on to Westminsteros for our excitement.

The plot thickens as Bercow refuses to go, while Boris prepares for a day in court & a cast of many jockey for Theresa’s job