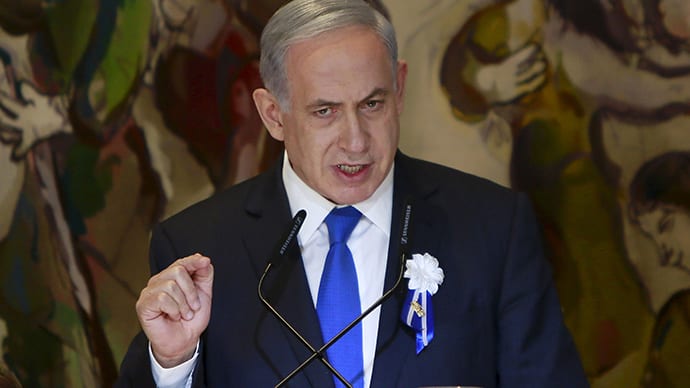 Israeli Prime Minister Benjamin Netanyahu vowed not to allow Iran to acquire nuclear arms after the Islamic Republic of Iran said it would abandon limits on its nuclear activities agreed in a 2015 deal.

“This morning on my way here I heard that Iran intends to continue its nuclear programme,” Netanyahu said at a ceremony on Israel’s annual day of remembrance for its fallen soldiers and civilian victims of militant attacks.

“We shall not allow Iran to obtain a nuclear weapon,” he said in Hebrew.

Netanyahu has been an outspoken opponent of Iran’s landmark nuclear deal with major powers and was the leading supporter of US President Donald Trump’s decision to withdraw from it and reimpose crippling economic sanctions last year.

The key directive is to weaken Iran and dismantle its resources. Despite the decade long sanctions on Iran, the country is moving forward and developing many of its industries.

President Donald Trump tightened the screws further on Iran with sanctions on its mining industry.

Iran’s retaliation- The perfect response for Trumps war on Iran

On the anniversary of Trump’s withdrawal from the accord he denounced as “horrible,” tensions were soaring as the United States deployed an aircraft carrier strike group and nuclear-capable bombers to the region and accused Iran of “imminent” attacks.

Israel is considered the leading military power in the Middle East and is widely believed to possess its sole undeclared, nuclear arsenal.

On Wednesday, Tehran said it was ending curbs on its uranium enrichment stockpile agreed under the 2015 deal until other powers help it bypass the renewed US sanctions.

Iran does not recognise its archfoe Israel and opposition to the Jewish state has been a central tenet of official policy since the Islamic revolution.

Iran has been branded as an enemy of the west,  but Israel has been unsettled by the Islamic Republic, since the revolution, because vociferously and financially supports the Palestinian resistance and other anti-Israel groups, including Lebanon’s Hezbollah.

Israel has said publicly that it has carried out hundreds of air and missile strikes targeting the forces of Iran and Hezbollah in neighbouring Syria.

The White House had already acted forcefully to prevent all countries from buying Iran’s oil, its crucial money-maker, and said that the steel and mining sector was the country’s second-largest source of foreign revenue, accounting for 10 per cent of exports.

Despite the pressure, the EU is committed to preserving the nuclear deal with Iran and helping the nation dodge US economic sanctions, and will not bend to any ultimatums, but that could soon change and Mike Pompeo arrived in London to persuade the British PM to change their stance.